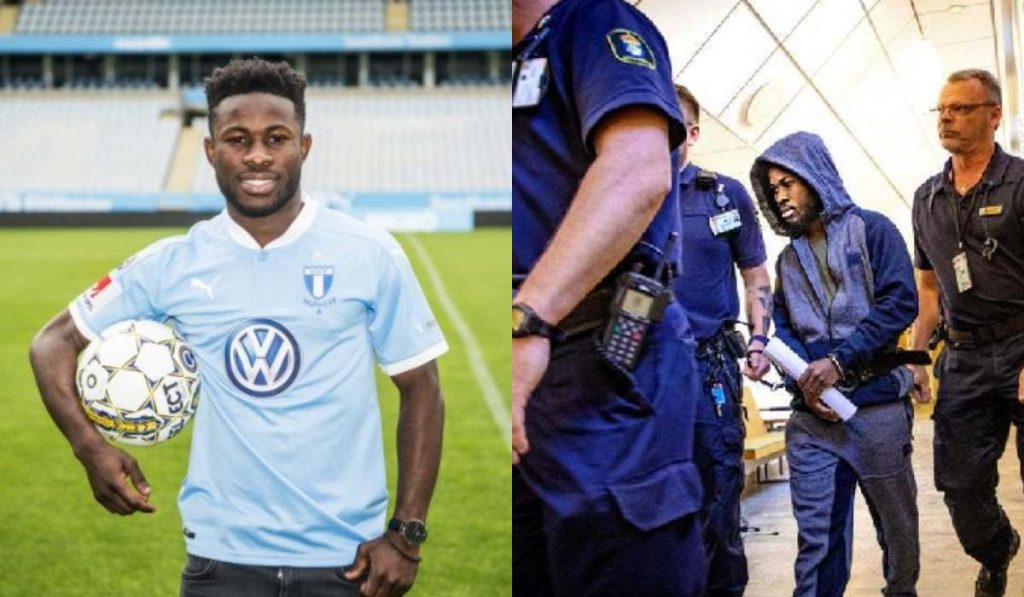 Ghanaian footballer, Kingsley Sarfo, who was jailed for two years and eight months in Sweden after being found guilty of two child rape charges in 2018, has been released.

Kingsley Sarfo was released from the Sweden prison earlier this week on the ground of good conduct.

In 2018, Sarfo had pleaded not guilty to the allegation and also stated that he didn’t know the girl was underaged. He was also accused of being involved in several sexual activities with under-aged girls since joining Malmo FF.

The Malmo FF player jailed over the incident which occurred in September 2016 and June 2017, has however been deported to his home country after being released from Swedish Prison.

The midfielder became the second Ghanaian player to be jailed in the European country after Kwame Bonsu. He is now planning to restart his career with one of the local teams.