Osas Ighodaro and Gbenro Ajibade marriage may have finally come to its end as the former has just deleted her husband’s name from her Instagram page. Since the year 2018 when Gbenro Ajibade called out his estranged wife over her unruly behaviour, the marriage has been quite shaky and rumours spread across many quarters they were divorced. This they never denied nor confirmed.

But as it is now, Osas has just taken down her husband’s name from her Instagram page, which might serve as an indication the marriage has finally hit the rock. 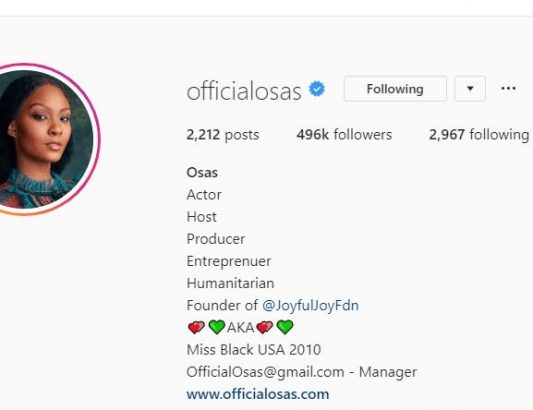 The young couple got married in 2015 and welcomed a child in 2016. Then visible cracks in their union began in 2017 when Gbenro relocated to the US while Osas stayed in Nigeria.