Rosaline was rumored to be involved with Tonto’s estranged husband, Olakunle Churchill. Despite the silent rumors of having lost his marriage because of Rosaline, that still didn’t stop Churchill from congratulating the actress.

“Congratulation and Bigups to Actress Rosaline Meurer on your confirmation as the newest Glo Ambassador. Your efforts and commitments to hardwork will continue to promote you.
I’m quite proud of you. I know your capacity and I believe this is just your starting point. You have maintained an undaunted pace in your advancement through the ladder of success and remained one of the most creative and innovative partners of the Big Church Foundation. As an Ambassador of Big Church foundation on Mother and Child your impact on humanity can’t be undermined. “Move-On” dear.” 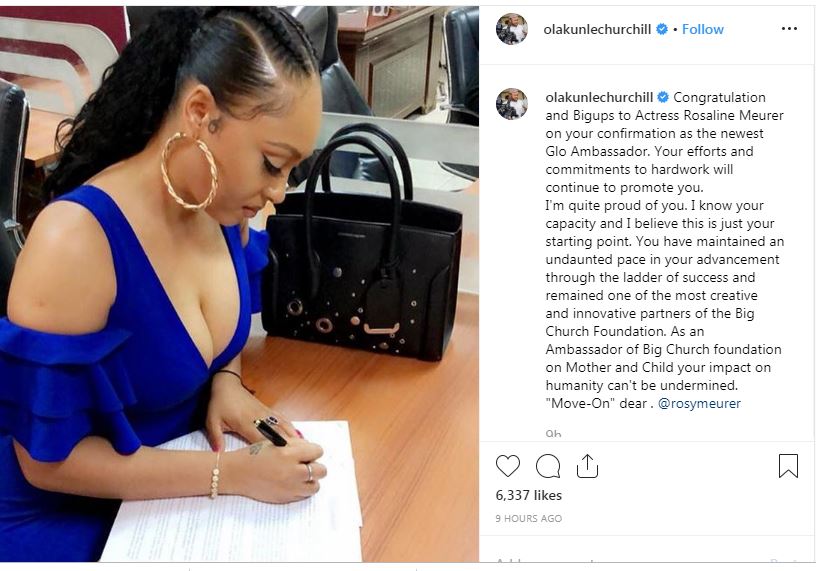 The amount involved in the endorsement wasn’t stated but what’s most important is that she has joined A-list celebrities on the ambassadors-ship of Globacom.