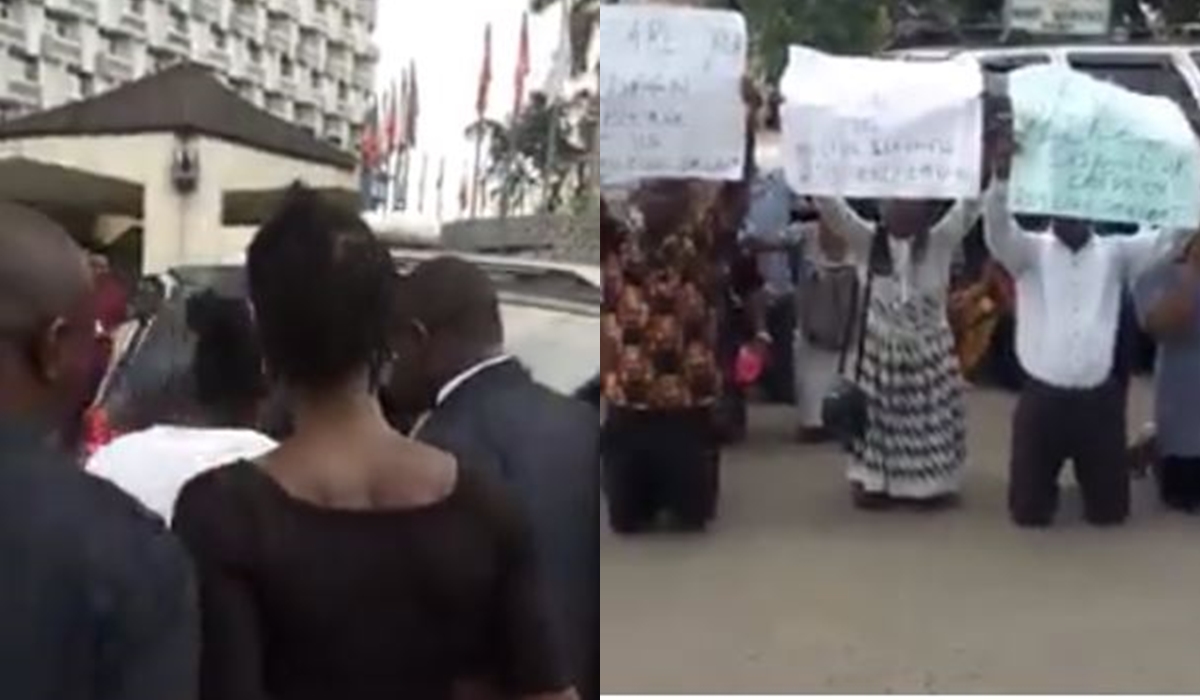 There was mild commotion today as some sacked civil servants in Imo state stormed the Government House in Owerri to plead with Governor of Imo State, Emeka Ihedioha for reinstatement.

Recall that the civil servants were sacked earlier this year after the governor launched an investigation into several cases of illegal employment in the Imo state civil service.

The civil servants were recently seen kneeling and wailing at the Government House in Owerri, Imo state. Shortly after, Ihedioha and his convoy rolled out.

The governor opened his car door, said a few words to his aides and left the area.

Watch the footage below: