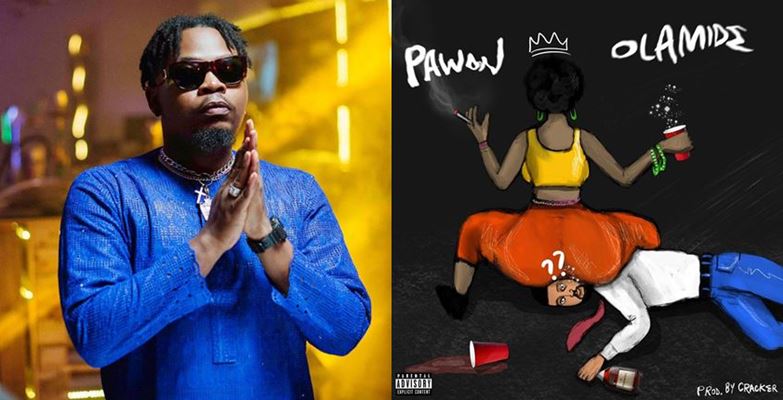 Dance challenge is a major promotional tool used by Nigerian musicians to promote their new or upcoming tracks. This is done, not only to sell the music, but to make their fans relate more to their music.

Olamide, a respected musician in the industry has also decided to task his fans on a dance challenge to promote his forthcoming single titled, ‘Pawon, produced by talented music producer, Cracker.

The musician and rapper shared the news on his official instagram page on Wednesday morning when he shared the snippet of the soon-to-be-released song on his page alongside a caption that reads, “All my sexy ladies #Pawon #PawonChallenge all the baddies tag me 🏌️🏌️🏌️🏌️🏌️🏌️🏌️🏌️🏌️ prod- @crackermallo”

Olamide’s fans are expected to record a video of themselves dancing to the new song, ‘Pawon’, share it on their social media page and tag the superstar’s handle for him to view and re-share. The ‘Science Student’ crooner is yet to announce if there’ll be price for the winner of the challenge.

‘Pawon’ is Olamide’s latest music after he released ‘Totori’ a few months ago. The song featuring Starboy entertainment CEO, Wizkid and ace music producer ID Cabassa, has garnered over three million views on YouTube streaming platform since its release.

Listen to Pawon below;