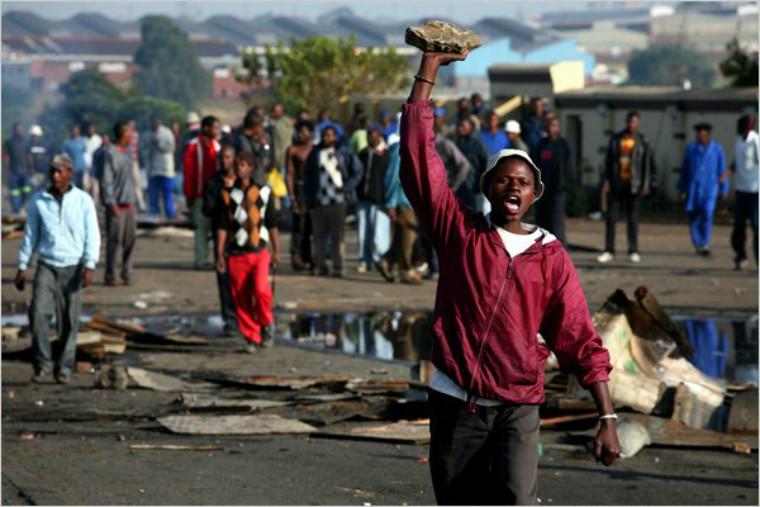 The Nigerian Union in South Africa (NUSA) gave the advice in the wake of Xenophobic attacks early yesterday morning in that country. “Violent looting and burning of foreign-owned businesses started in the early hours of today, August 28, at the Pretoria CBD. The foreign-owned shops and offices were targeted by angry taxi driver rioters, the President of NUSA, Adetola Olubajo, said in a statement.

“The violent revolt and looting have been fuelled by the death of a taxi driver allegedly by Tanzania nationals on Tuesday at Pretoria CBD. “Not less than two buildings were burnt by the angry mob. This was done after the stocks in the various shops were looted by the rioters.

“The situation was very volatile this morning but the joint efforts of South African Metro Police and South African Police Service members helped to curb the violent looting and attacks, although the situation is still tensed at the area as several roads were blocked for motorists.’’ He said as at the time he sent the statement, only two Nigerian-owned businesses were identified to be affected, — furniture/electronics shop on Sisulu Street and Gold Exchange Business on Lillan Ngoyi Street were looted and burnt.