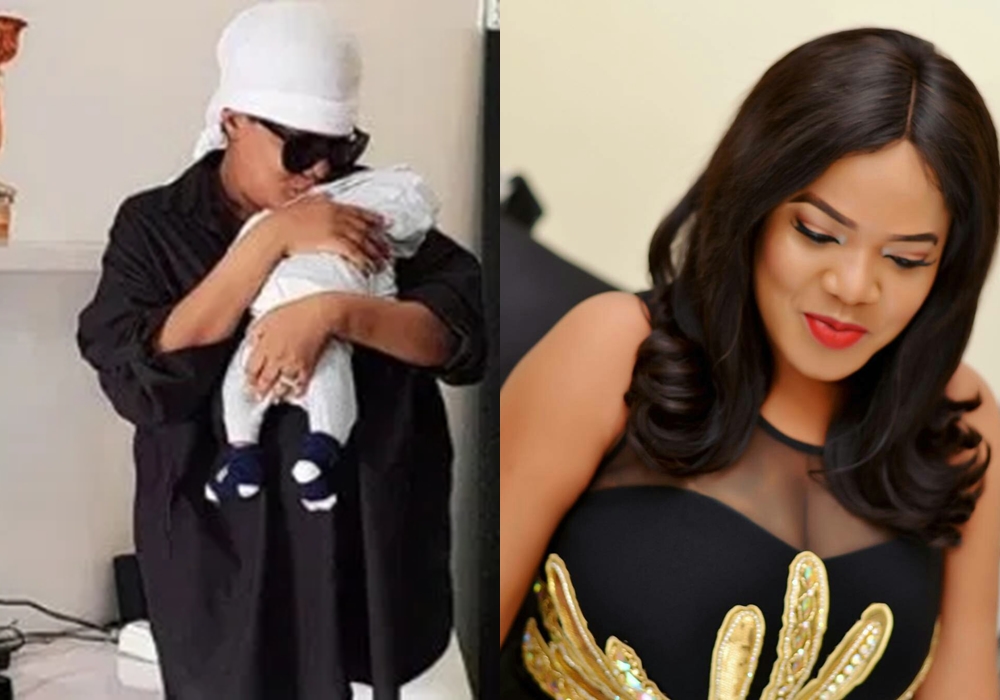 Nollywood actress, Toyin Abraham, has shared an adorable picture with her son, Ire.

The movie star posted the picture on Instagram on Friday.

Toyin Abraham thanked her fans for attending the naming ceremonies of her son that held in London and Lagos on Sunday.

The ‘Alakada’ actress also shared a video of her partner being mobbed by fans at the Lagos naming ceremony.

Toyin Abraham was delivered of her son earlier in August, she also revealed that his father was actor, Kolawole Ajeyemi.