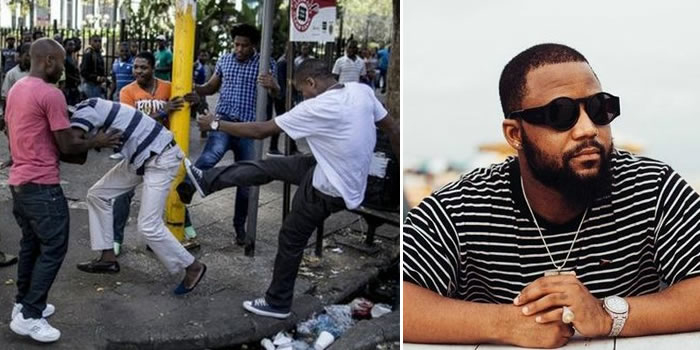 The Xenophobia attacks on foreigners including Nigerians in South Africa has taken a new dimension after more cities recorded fierce attacks from South African Indigenous people.

Rapper  Cassper Nyovest has reacted to the recent wave of Xenophobic attacks in South Africa.
Cassper took to Twitter to register his displeasure saying,

‘I can’t believe this shit. Im soooo disturbed. What’s going on in their heads? South African Men. What the actual fuck?’.

The recent wave of attacks on foreigners has seen many people killed and properties worth millions burnt and destroyed. 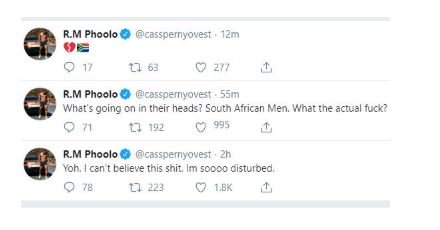 In recent news, a Nigerian man who is a victim of the ongoing Xenophobia attacks in a video message warned Nigerians to erase South Africa from their travel list because the country is getting hotter for foreigners to dwell at the moment.

The man who did not disclose his identity shared a video conversation he had with his uncle. In the video, he was briefing his uncle about the update of the attacks where he also captured some of the damages Nigerians have recorded in their Auto sales and repair shops.