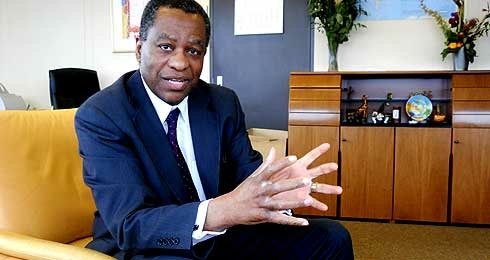 The renewed attacks on Nigerian buisnesses in South Africa has been condemned by the Federal Government, describing the perpetrators as mindless criminals.

The Minister of Foreign Affairs, Geoffrey Onyeama on Monday disclosed that Nigeria will take definite measures against the xenophobic attack on Nigerians living in South Africa.

Onyeama who expressed his concern on his Twitter handle described the South African police as ineffective, adding “Enough is Enough”.

The foreign minister who was furiously anger with the way Nigerians are being killed failed to mention measures the government intends to take.

The tweet reads: “Received sickening and depressing news of continued burning and looting of Nigerian shops and premises in South Africa by mindless criminals with ineffective police protection.

“Enough is enough. We will take definitive measures.”

Nigerians have been subject of attacks by the South African police and criminal elements in recent time.