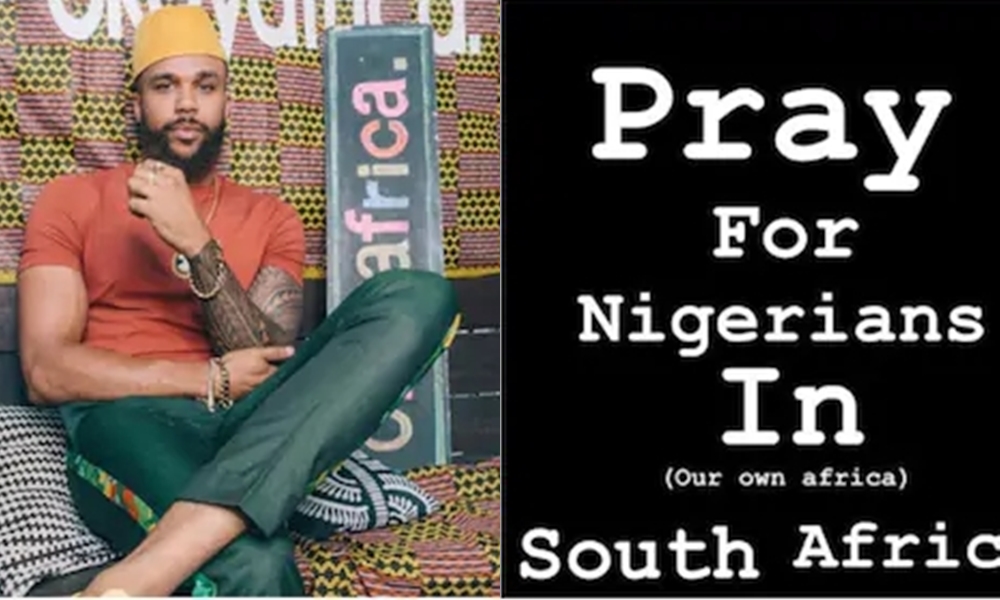 A terrifying story of Nigerians living in South Africa being attacked has sparked fear and outrage among many Nigerians.

We reported earlier that the federal government reacted to the persistent xenophobic attacks on Nigerians in South Africa, stating that enough is enough.

Following reports of the xenophobic attacks in South Africa, Nigerians took to social media to condemn the attacks.

A Nigerian lady shared her thoughts on the attacks on the popular micro-blogging platform, Twitter.

The lady added that some of them would not shoot or hit Nigerians but they still feel hate for Nigerians deep down.

99% of South Africans hate Nigerians. They may not raise their hands to hit u or shoot u with their own gun but deep down they’re happy at wat is happening to u. https://t.co/8p9NIETokT

Replying to the lady’s tweet, the rapper agreed to her thoughts on xenophobic attacks. He replied to her tweet, saying true talk.

Other Nigerians who expressed concern about the Nigerians living in the country also replied to her tweet.

They stated that they do not understand why South Africans hate Nigerians while some noted that South Africa is just a violent country.

What I don’t understand is why?

What I don’t understand is why?

AKA, South Africans celebrate as organizers cancel Burna Boy’s concert in the…

“We will protect you” – Political leader, Julius Malema assures…