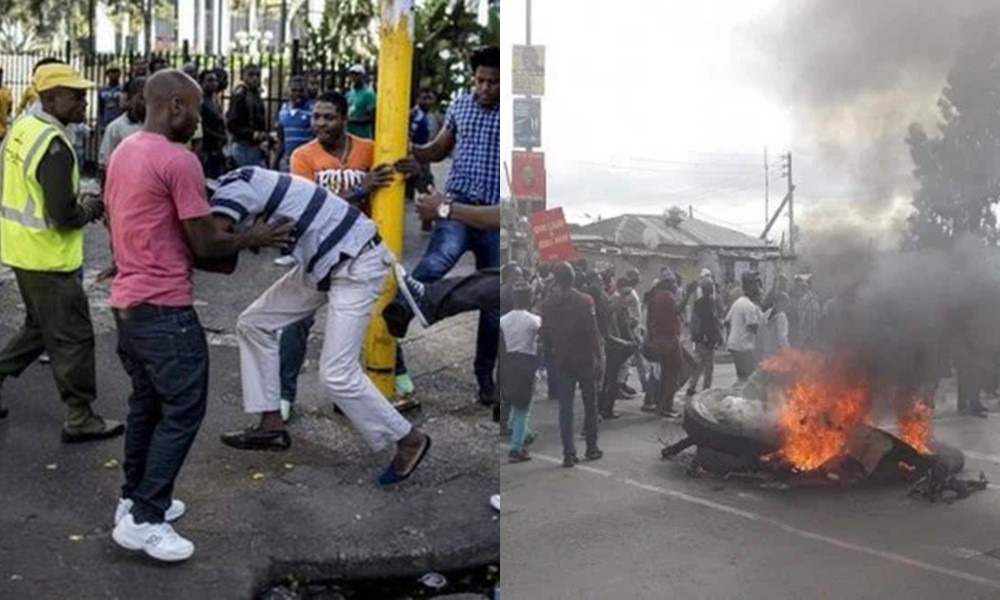 Nigerians in South Africa have summoned courage to defend themselves against attack from the citizen of their host Nation.

The recent attack which has claimed lives of Nigerians and their goods were looted has been condemned by all and sundry.

Meanwhile, the Nigerian embassy in South Africa on Tuesday condemned the renewed xenophobic attacks on Nigerians living in the country.

Withinnigeria reports that the President of the Nigeria Union South Africa (NUSA), Adetola Olubajo who confirmed the development to NAN said on Monday that the attacks began on Sunday morning in Jeppestown area of Johannesburg when a building was set ablaze by an angry mob.