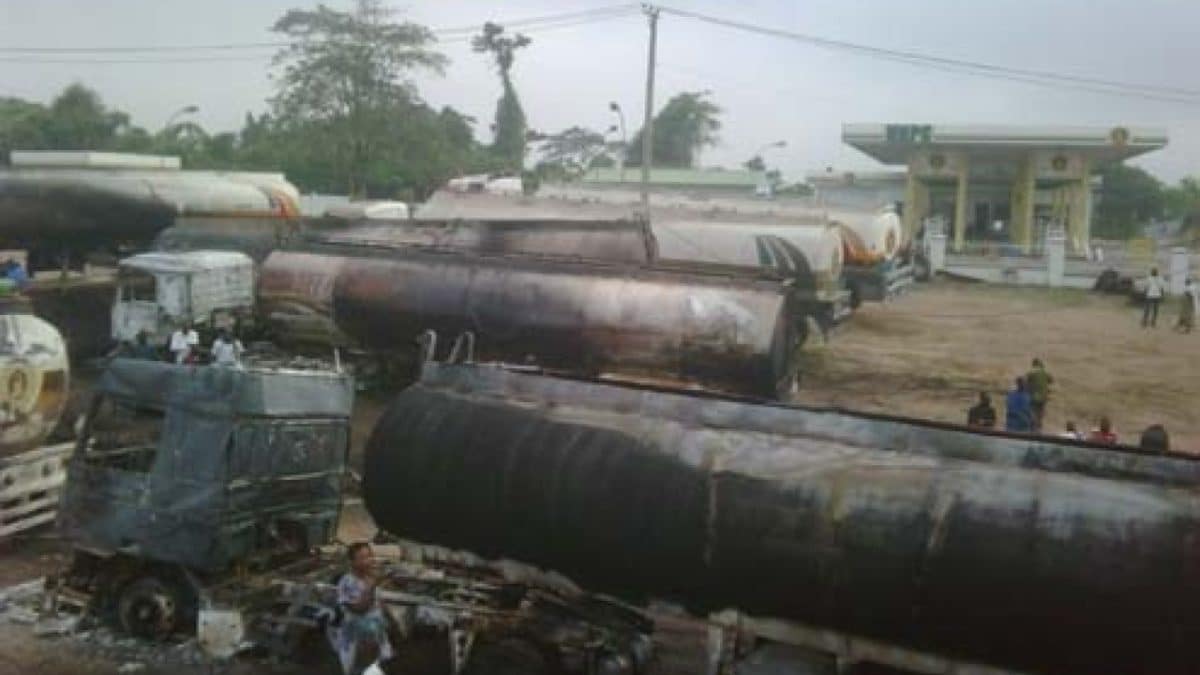 A section of the loading point was completely damaged by fire, while three petrol tankers were also burnt.

One of the persons injured, simply identified as Moji was caught in the raging fire, sustaining severe burns.

Activities at the depot have been suspended forthwith, as the usual loading of fuel has been shut down.

There was pandemonium when people around the NNPC depot, including the staff , saw pillows of fire, causing the people to start scaling the fence, and running helter-skelter to avoid been caught by the fire.

The immediate cause of the inferno could not be ascertained, but a source attributed the afternoon fire to an electrical surge which sparked off the fire.

He said ” I was there when one of the tanker drivers was removing his battery and using another truck’s battery to kick start his truck. It was when he put the battery and was hitting the head of the battery, trying to fix it that fire sparked from the battery and the next thing we say was a pillow of fire, trapping everyone available. ”

The fire, which lasted for about two hours, was, however, quenched by a team of the Oyo State Fire Services and men of the NNPC for fighters who struggled to put off the fire.

Members of the Nigeria Security and Civil Defence Corps, DSS and team of policemen were seen at the scene of the fire , to maintain law and order.