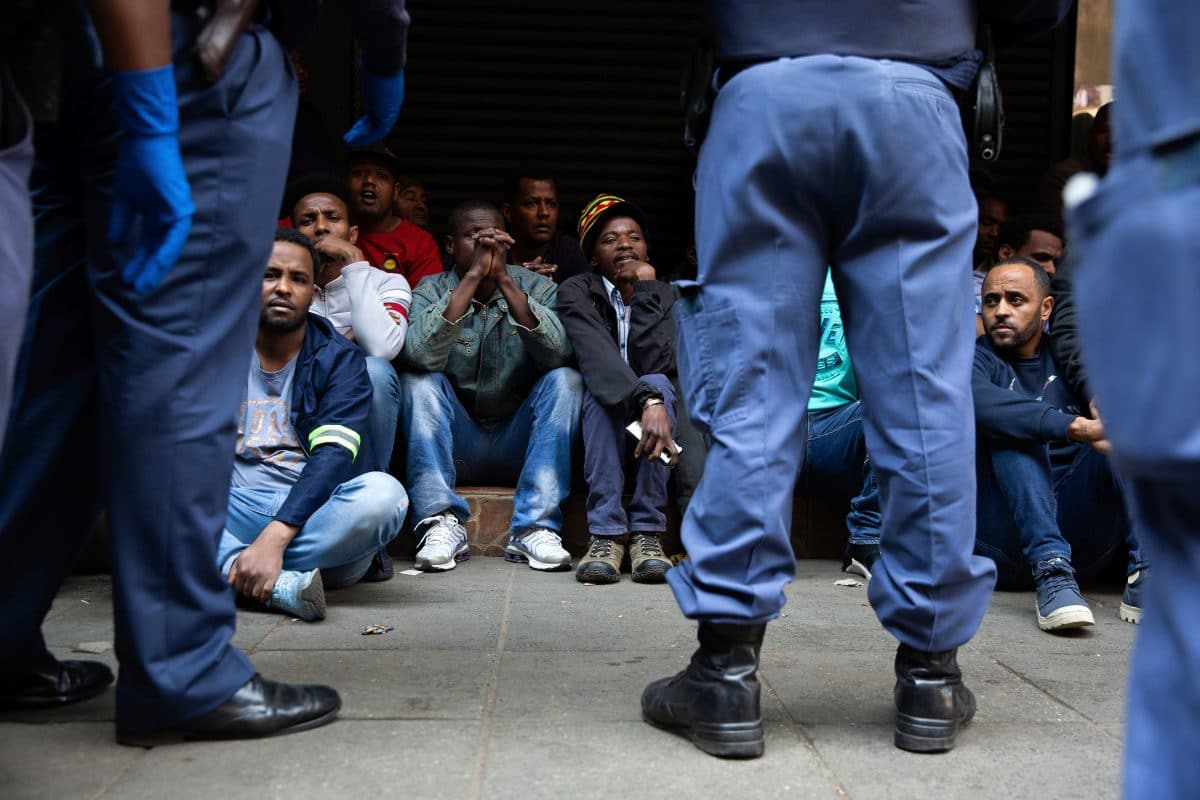 The South African authorities are frustrating the evacuation of Nigerians who have completed processes for the first batch of airlift from that country, according to the Nation.

However, sources at the Nigerian High Commission in Johannesburg told the newsmen that the Commission had prepared the first 320 Nigerians for the first evacuation, but, the South African Immigration officials started fomenting trouble by arresting Nigerians billed to be evacuated.

The source said that the officials are demanding relevant travel documents, even as they accused the Nigerians of travelling without valid papers.

The Nigerian High Commission had prepared travel documents for the Nigerians but Immigration wanted to know how the Nigerians came into the country and began to arrest them, the official disclosed.

“South Africa is frustrating Nigeria. The Air Peace aircraft has been there since 4:00 am. Their Immigration started giving our High Commission problems. They said some Nigerians didn’t have papers. Immigration is arresting them, asking them to explain how they came to South Africa.

“About five minutes ago only 182 Nigerians were allowed to board the flight; the rest are being barred by South Africa Immigration.

“Our high Commission is having tough time with South African government. They are stopping and arresting Nigerians, saying they should explain how they came into the country,” the official said.

BREAKING: Another attacks on Nigerians in South Africa