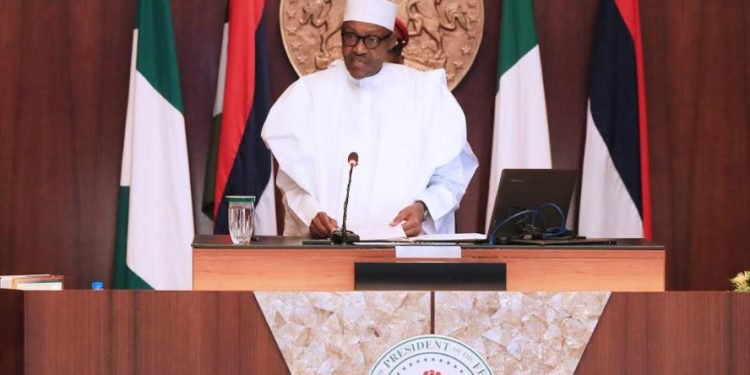 You can not fail Nigerians – Buhari tells ministers during cabinet meeting

President Muhammadu Buhari on Wednesday told ministers that they can not afford to fail Nigerians.

This statement was uttered by the President on Wednesday when presiding over the Federal Executive Council (FEC) meeting.

This is the first cabinet meeting under the second term administration of President Buhari which started around 11am in the council chamber with rendition of the National anthem.

In his brief remarks at the beginning of the meeting, the President told the ministers that they cannot afford to fail Nigerians.

Reminding them of the oath they took three weeks ago, he said they must give selfless service to the nation.

At the meeting were the Vice President, Yemi Osinbajo, Secretary to the Government of the Federation, Boss Mustapha, Head of Service, Winifred Oyo-Ita and National Security Adviser, Babagana Monguno.

After confirmation of the appointment of the 43 Ministers by the Senate and two-day retreat in the Banquet Hall, the ministers were sworn in by the President on the 21st of August, 2019.

Since the swearing in, the President had given the ministers some weeks to familiarise themselves with their ministries.

The FEC meeting was still in progress at the time of filing this report.