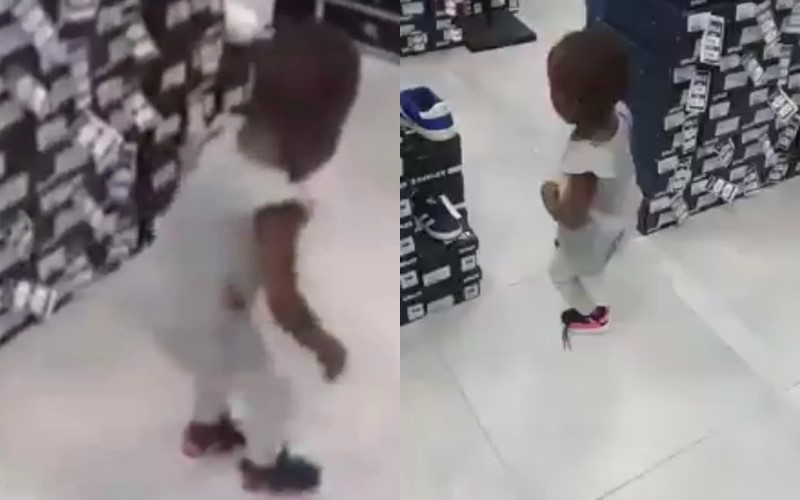 An adorable little girl has gone viral after she was captured in a video dancing her heart out with choreographic moves while onlookers cheer her on with resounding approval.

Social media user, Lucas Donatus Jefferson, shared a video of the charming little girl in syncopated moves to a jam while in a shopping centre, possibly with a parent.

While the little girl’s name was not disclosed, she has become a star after her video gained traction online.

The little princess starts off with moves that would have one think that she was having one of those toddlers’ moment playing around.

Baby girl shows what she's got as she dances like a pro in video💥💥💥. #dailycelebritiesnews

However, minutes into the video she gathers momentum, accelerating her motion and dancing prowess, then finally ends with synchronised moves while dancing on her knees.

Unsurprisingly, she has won hearts after owning the ‘dance floor’ and for her age, she delivered like a true professional.