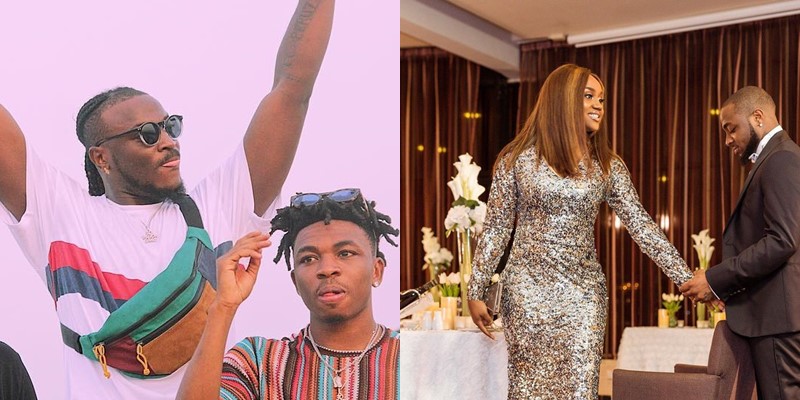 Mayorkun, has replied a fan who expressed interest in booking him and label mate, Peruzzi, for a performance on the day of Davido’s wedding.

Mayorkun, signed to DMW owned by Davido, responded in a tweet on Friday.

“WE WILL COLLECT YOUR MONEY AND WE WILL NOT COME 😂😂😂,” he wrote.

WE WILL COLLECT YOUR MONEY AND WE WILL NOT COME 😂😂😂 https://t.co/sEzqjKaiBa

Davido formally proposed to his girlfriend, Chioma Rowland, at a dinner held in a London restaurant on Thursday evening.

In a clip shared on social media, the musician is seen going on his knees and hugging the celebrity chef.

Davido and Chioma made their relationship public when she celebrated her 23rd birthday in 2018.

The 26-year-old released a song titled ‘Assurance’ and gave her a Porsche.

He went as far as giving her a Porsche and shutting down a club in Lagos for two days to celebrate her birthday.

On her 24th birthday in April, he told her that he could not imagine life without her.

The two plan to get married next year.