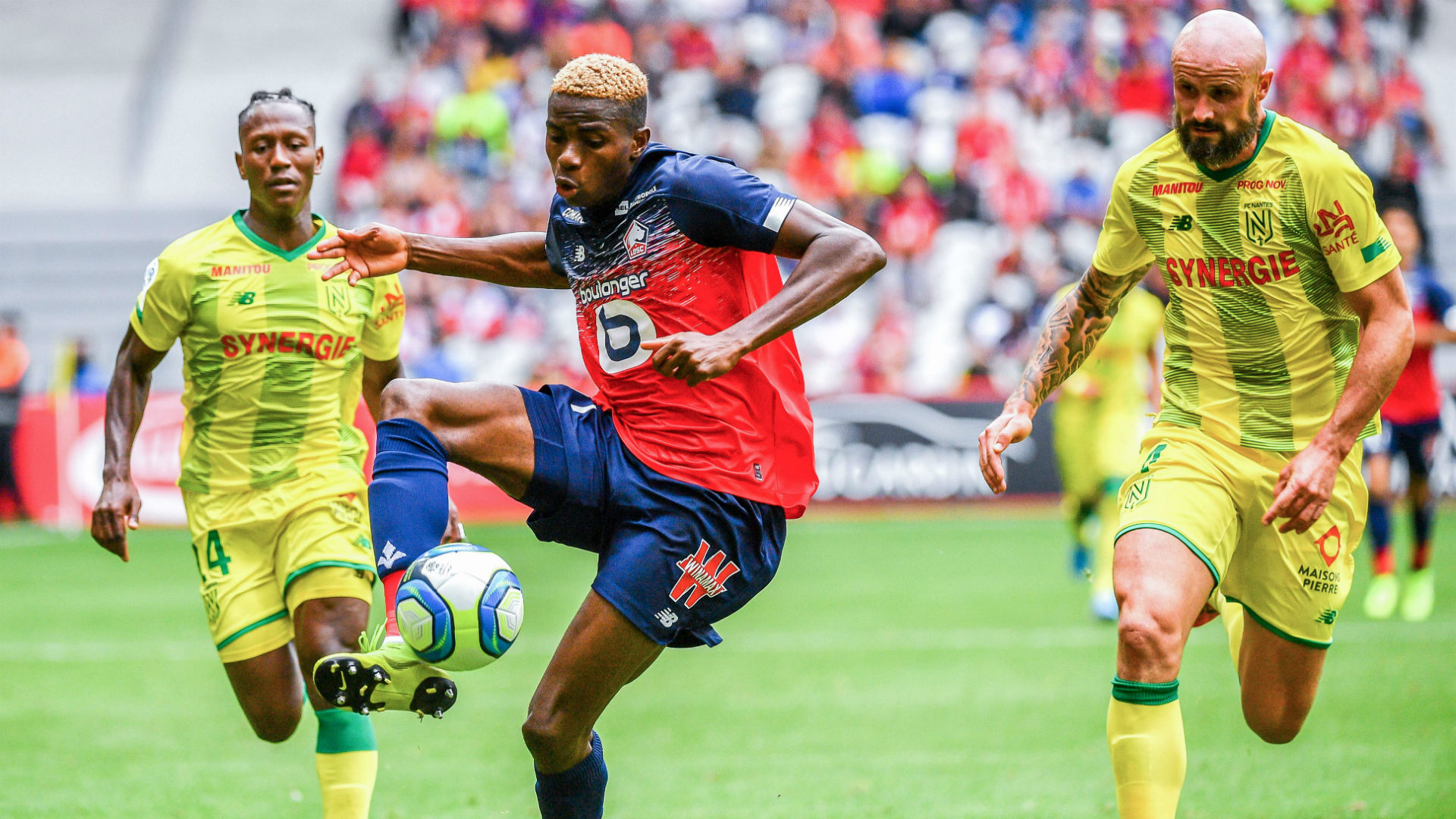 Nigeria forward Victor Osimhen was on target as Lille Metrople recorded a 2-1 home win against Angers SCO in their French Ligue 1 clash at the Stade Pierre-Mauroy on Friday night.

Osimhen, who received a yellow card in the 36th minute put the home team ahead three minutes later.

It was Osimhen’s fifth goal in five league appearances for the club.

He featured for the entire duration of the game and was a handful for the opposition defenders all through.

Luiz Araujo doubled the advantage in the 53rd minute after he was set up Benjamin Andre.