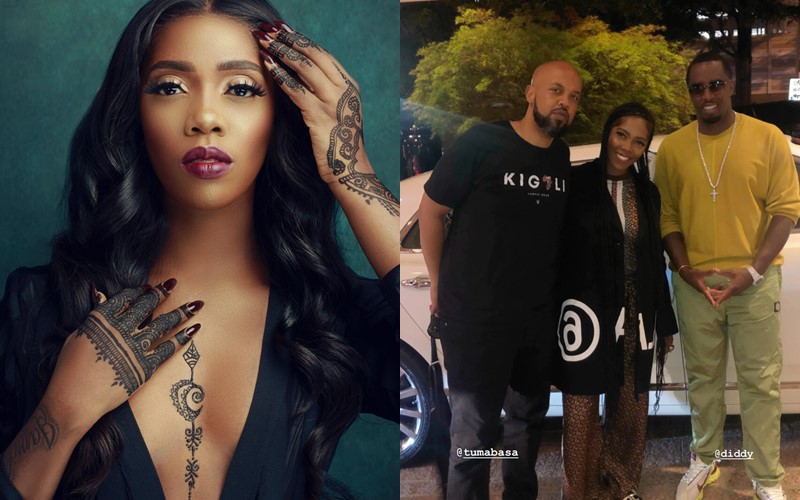 The top singer, who is now signed to Universal Music Group (UMG), was in Atlanta for the AT &T Revolt Summit and the music legend was one among several other industry stakeholders that attended the event.

In a video shared on the Instastory channel of Diddy, Tiwa could be seen gushing heavily as she was being filmed.

Diddy who seemed really excited at meeting the Nigerian superstar could also be heard telling Tiwa to introduce herself to the world via his Instagram channel.

See a picture below of the music stars below:

Watch the video shared by Diddy below:

How won’t you forgive @TiwaSavage for blushing that hard ☺️ 😍. It’s not everyday you get to meet someone like @Diddy and even get featured on his InstaStory 🙌🏽