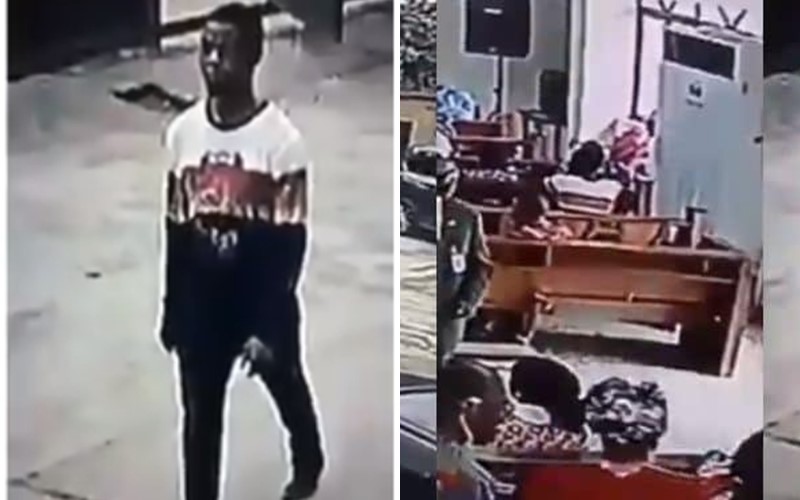 A video has emerged online showing how a man entered a church and stole a bag. The man was captured on CCTV as he walked into an Anglican church in Lagos to steal a woman’s bag

In the surveillance footage, the man is seen entering the compound of the All Saints Anglican Church, Ketu, Lagos, on Sunday, September 15, 2019. He made his way into the church and took a seat, pretending to be a member.

A short while later, he stood up and left with a woman’s bag.

An eye witness who spoke to Cross River Watch, said that the incident happened in the early hours of Wednesday August 14.

“Just this morning, he snatched hand bag from a woman who was going to her business along Utibe by New Airport. He was with jaz (charms, talisman) on his waist which prevented the people from beating him.

“He actually escaped into a moving Keke but the driver didn’t know he drove him to the next street, Usoro. Them burn am close to Utibe street by New Airport.