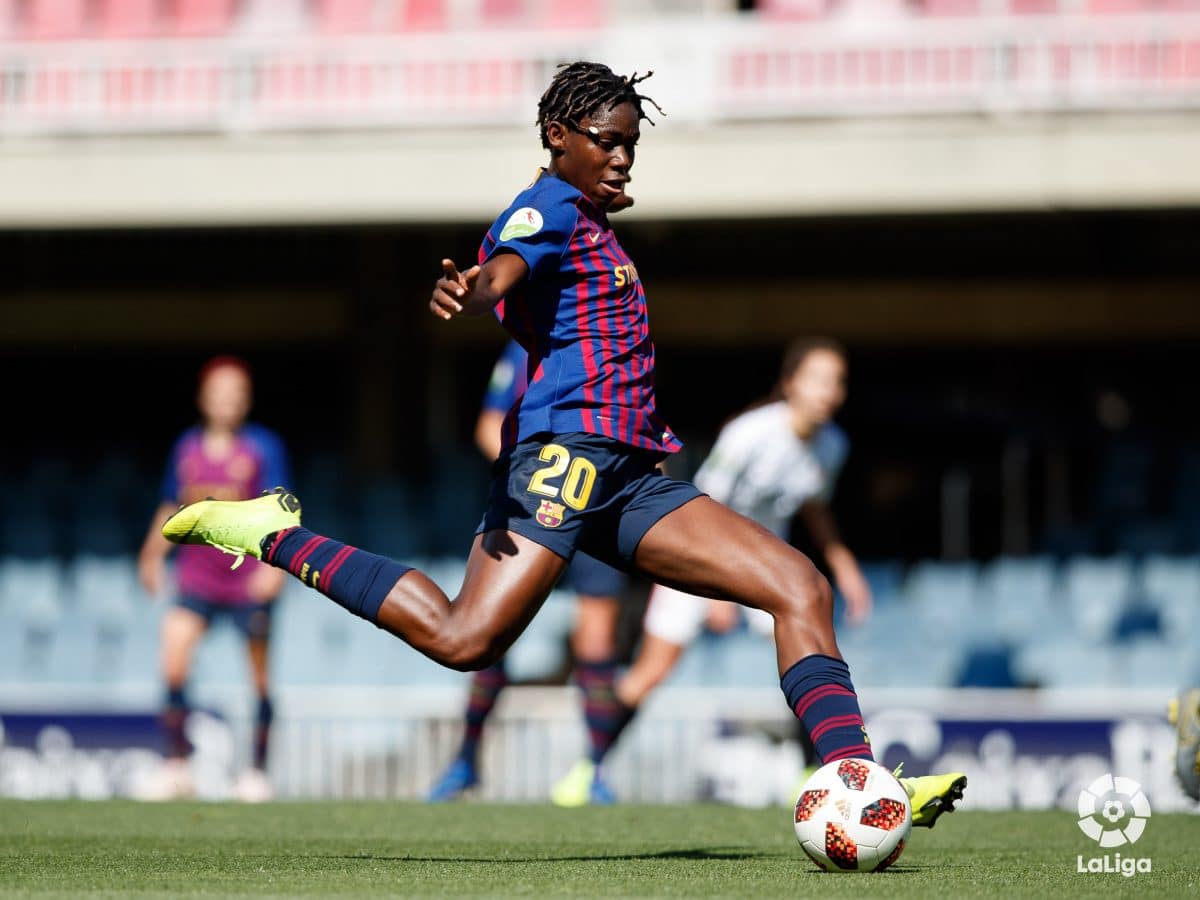 Asisat Oshoala ended her three-match goal drought in the Spanish Primera Iberdrola this season, with a brace in Barcelona’s 6-1 comeback win over Atletico Madrid.

The Super Falcons striker scored in both halves, to ensure Lluis Cortes’ ladies bounced back from a 1-1 draw at Rayo Vallecano in style.

The 24-year-old broke her Primera Iberdrola duck with a calm finish, as she netted the hosts’ fourth goal of the game.

Two minutes after the restart, Oshoala grabbed her second of the match to make it 5-1 for Barca, before being replaced by Claudia Pina in the 73rd minute.

Her brace means she has now scored 21 goals in 19 matches in all competitions for Barcelona, since she teamed up with the Spanish giants in January.