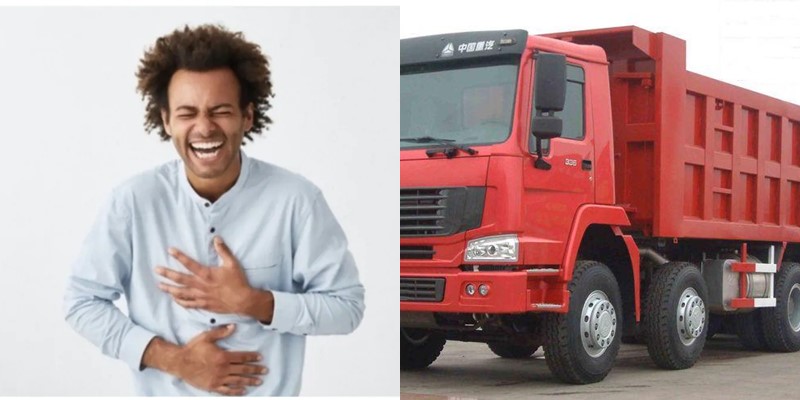 A Nigerian man has shared a hilarious story of how his mother outsmarted a truck driver who thought he was smart. The man shared his mother’s story on the popular micro-blogging platform, Twitter.

The man identified simply as Onyeari Arinze shared a post, saying his mother drove off with a truck filled up with ninety bags of cement.

According to Arinze, his mother was traveling with her driver from Lagos to Benin when a truck driver hit her car. He said the truck driver got out of the vehicle and fled before they could talk about what happened.

Arinze explained that his mother immediately paid another man N20,000 to drive the truck to Benin with her. The truck was filled with ninety bags of cement.

So today my mum was traveling with her driver to Benin from Lagos. A dangote truck loaded with 900 bags of cements hit her car in sagamu and the driver vanished. She then payed another man 20k to drive the truck to Benin with her.

The man joked about the fact that his mother still has the truck with her. While making his joke, he asked what kind of woman his dad married adding laughing emojis to his tweet.

The truck still Dey with her 😂. What type of woman did my dad marry tori olorun😂

The woman probably took the truck to wait for the driver to look for her and take responsibility for his mistake.