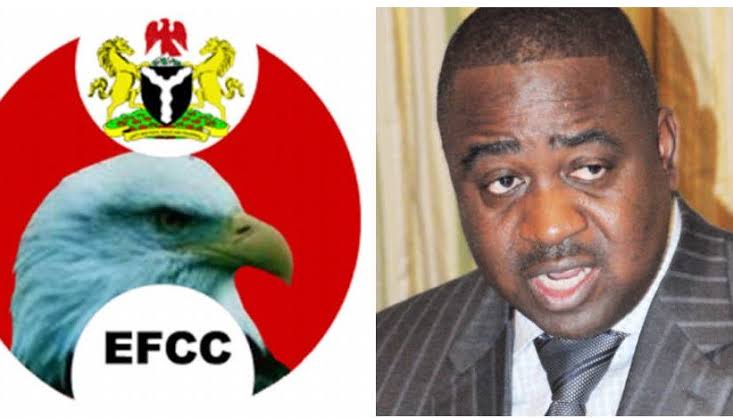 The Economic and Financial Crimes Commission, (EFCC) on Monday, re-arraigned former Governor of Benue, Gabriel Suswam on a nine-count charge bordering on money laundering at the Federal High Court Abuja.

Suswam, a serving senator, was re-arraigned before Justice Okon Abang alongside Omadachi Oklobia who was the Commissioner of Finance in Benue when he was governor.

The duo pleaded not guilty to all charges and was granted bail based on terms earlier granted by Justice Ahmed Mohammed after they were arraigned before him in 2015.

Justice Abang asked counsel in the matter to cooperate with the court warning that he would not entertain any frivolous applications for adjournment.

Abang took over the trial of Suswam, following the withdrawal of Justice Mohammed from the trial.

Mohammed had cited a publication by a news outlet which accused him of having been compromised to give Suswam a soft landing as his reason to withdraw from the case.

Suswam had challenged the jurisdiction of the court presided over by Justice Abang to handle the matter.

His counsel, Ms Chinelo Ugbozor had argued on his behalf that the matter had already commenced in another court and four witnesses had been called.

However, counsel to the EFCC, O.A Atolagbe maintained that a judge could not be compelled to handle a matter.

Atolagbe reminded the court that since it was the second time, Justice Mohammed was withdrawing from the case, he could not be compelled to hear it.

The EFCC is prosecuting Suswam and Oklobia on nine counts of money laundering bordering on the alleged diversion of N3.1billion from the proceeds of the sale of shares owned by the Benue Government since 2015.

Nationwide protest: Police tells Nigerians what will happen on Monday…