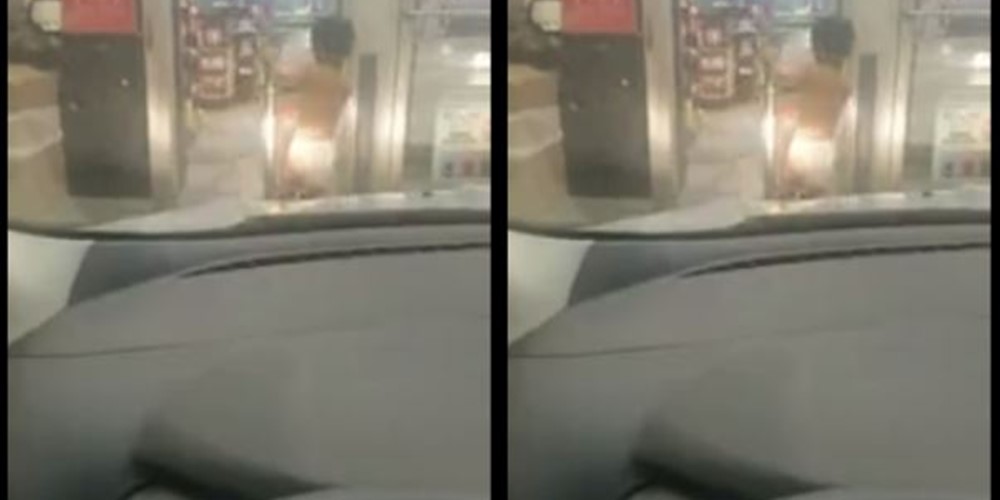 A viral video has emerged online showing the shocking moment a toddler in diapers was caught going into a shop in the middle of the night to shoplift.

In the video taken by some adults who were parked by the store, the toddler, who was wearing only diaper, is seen using so much strength to open the door to the store. He then goes in, picks an item off the shelf and runs out.

The men filming were so shocked and announced that it’s 2am. They wondered who the child was with.

But the child was alone and he’s seen running with the item he took from the shop. He crossed the street before a store clerk could come out of the store.

The men who observed the incident asked the store clerk who the child is but he had no idea.

“Bro, they teach them young,” one of the witnesses said in shock as they and the store clerk watched the child running off.