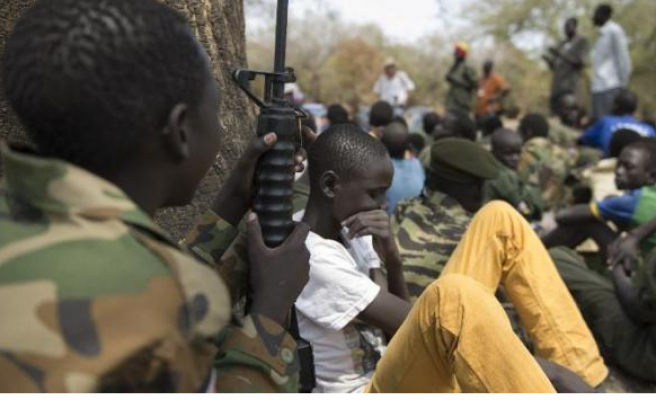 25 children suspected to have had links with Boko-Haram have been released to the United Nations Children’s Fund and Borno State Government by the Nigerian Army.

According to reports, the children said to be 23 boys and two girls were released after they were cleared of ties to the insurgents, bringing the total number of children released this year to 44. They were said to be between the ages of 8-15 and reportedly abducted by Boko Haram insurgents during their attacks.

Maj. Gen. Olusegun Adeniyi, the head of the military counter-insurgency in the North-East (Operation Lafiya Dole) disclosed that some of the released children escaped from their abductors and found their way to troops’ locations.

He said, “Children associated with insurgency are commonly subjected to abuse and most of them witnessed killings and sexual violence.

“Regardless of how they are recruited and the roles they played, their part ovation bears serious implications for their physical and emotional well-being.

“Therefore, their rehabilitation and reintegration into civilian life is an essential part of our effort in partnership with other stakeholders to help them rebuild their lives.”

Adeniyi added, “The children seated here today have been adequately profiled and their roles with Boko Haram ascertained as supportive and non-violent. Some of them are children whose parents were arrested for terrorist offences and there is no justification to keep them in detention alongside their parents.”

“These are children taken away from their families and communities, deprived of their childhood, education, health-care, and of the chance to grow up in a safe and enabling environment. UNICEF will continue working to ensure that all conflict affected children are reunited with their families, have hope of fulfilling their dreams and their human rights.

“They will access medical and psychosocial support, education, vocational training and informal apprenticeships, and opportunities to improve their livelihoods” she added.