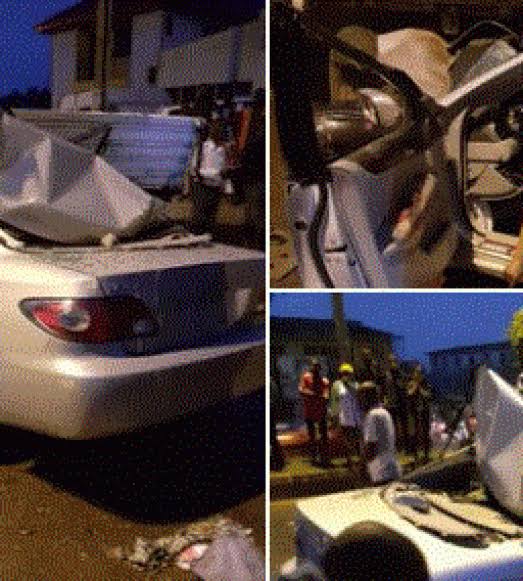 Three young persons were killed on Friday after a car ran into a stationary truck on Oyemekun Road in Akure, the Ondo State capital.

Confirming the incident to the News Agency of Nigeria (NAN) on telephone, Mr Rotimi Adeleye, the State Sector Commander of Federal Road Safety Corps (FRSC), said that the accident happened between 4:30 a.m. and 5:00 a.m.

Adeleye, who said that five people were involved in the accident, said that FRSC operatives had deposited the corpses of those who died at the morgue of the state specialist hospital in Akure.

“They were five in number inside a Lexus  vehicle and it was learnt that they were coming from a night club this morning and were also on speed before they ran under a stationary truck.

“Three of them died on the spot while the other two are under critical condition,” he said.

Adeleye, who admonished parents to watch over their children to avoid sudden death, said that those involved were in the age bracket of 20.

“All those involved are in their mid twenties of age, so parents should keep watch over their children.

“ As at the time when the accident happened the children should be under their parents’ watch and the victims were coming from the club which is unfortunate.

“Most importantly, if people have reason to go to the club, whoever that is going to drive should avoid taking alcohol even when others are drinking to avoid preventable death,” he said.