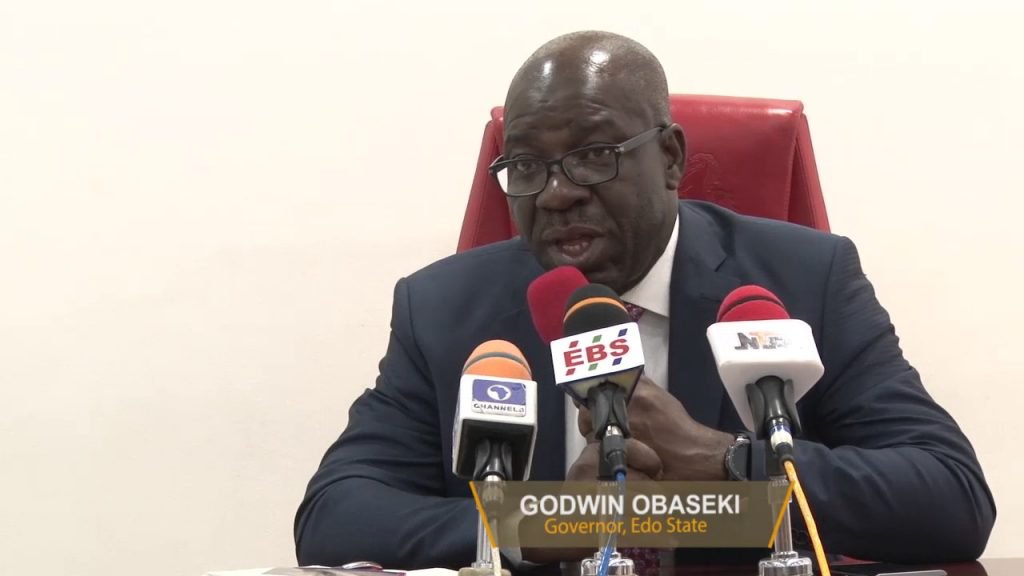 The Governor of Edo State, Godwin Obaseki has suspended another council chairman from office.

The suspended council chairman, Hon. Patrick Aguinede as at yesterday was the Chairman of Esan West Local Government before he was suspended over alleged corrupt practices.

It was gathered that Hon. Aguinede is the third council chairman to be suspended from office within the last three months.

In a statement released by the Commissioner for Local Government and Chieftaincy Affairs, Mr. Monday Osaigbovo disclosed that Governor Obaseki has always warned them on his zero tolerance for corrupt practices.

Osaigbovo said Aguinede was suspended for a period of two months to allow investigation into allegations made against him.

He said one of the allegations was that an estate agent petitioned Aguinede that he bought a house for him for N30m and Aguinede refused to pay his agency fees.

“Aguinede was alleged not to have remitted complete money collected as Internally Generated Revenue.

“The statistics he gave as the number of tricycles and motorcycles operating in Esan West is 3000.

“If he collected N150 each from them, that amounts to N9m monthly but Aguinede was remitting only N4.5m.

“The Governor always warned us that anybody caught would not only be sacked but be prosecuted.”

While reacting to the suspension, Aguinede said that he has accepted it in good faith

Aguinede said the issue of buying a house for N30m was not a government matter because he was rich as far back as 1988.

He said he would appear before any panel set up to investigate the allegations.

Why I’m being fought in Edo APC – Obaseki

Oshiomhole not under house arrest