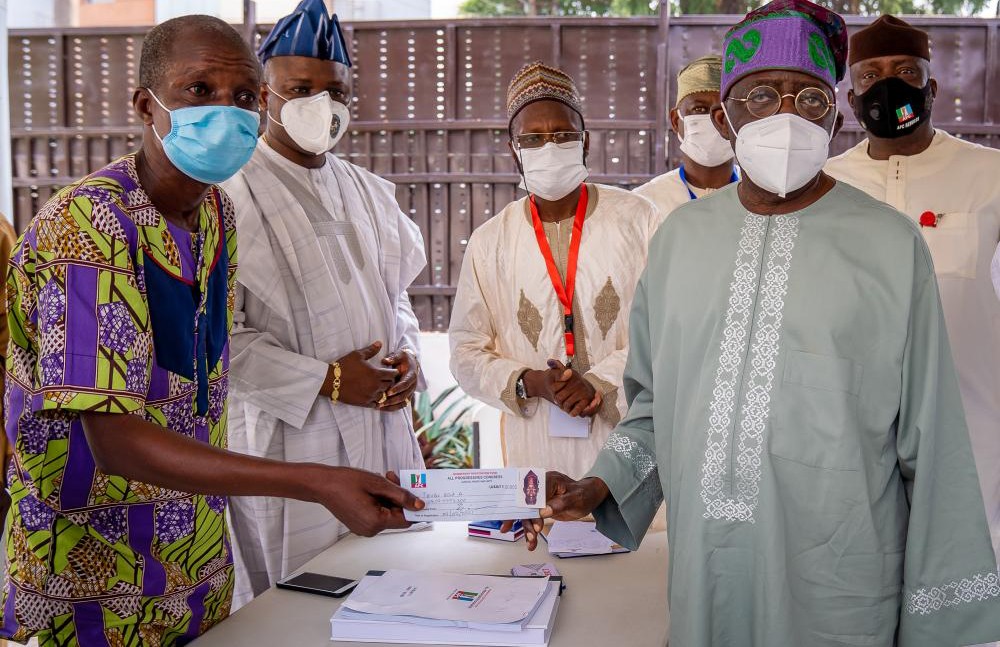 Former Lagos State Governor, Bola Tinubu has revalidated his membership of the All Progressives Congress (APC) on Saturday.

The APC national leader was in London for weeks on vacation. He returned to Nigeria two weeks ago.

Tinubu has remained silent since his return, despite tension in the South-West over the quit notice to herdsmen by Governor Akeredolu of Ondo state and Activist Sunday Igboho.

Prior before now, there have been grumblings by some chieftains of the party who had continued to allege that the current register of party members is centralised in the hands Asiwaju Bola Ahmed Tinubu who has sole access to membership data.

However, the party has dismissed concerns that the registration exercise is targeted at any individual.

“Our focus is to strengthen the party through a bottom-up approach and to carry everyone on board, while those aggrieved have happily rejoined APC just as new ones have joined the party”, said Gov. Mai Mala Buni who chairs the APC Caretaker Extraordinary Convention Planning Committee CECPC.

According to him, the membership registration and revalidation exercise is a constitutional provision which is part of the strategic measures taken by the committee to give existing and new members a sense of belonging.

“Since the initial exercise in 2014, the party has not registered new members nor update the personal information of our existing members as provided for by the constitution.

“The registration exercise gives our new members a sense of belonging and the existing members will update their information while those who left the party will have their names removed from the party register” he said.

Governor Buni said the registration and revalidation exercise would assist the party to generate a valid, accurate and upto date data on party membership to enhance and support its planning process.

The ex-Osun State Governor called it a waste of funds, arguing that no population census is repeated less than a decade and that voters are not re-registered at every election.

“I see the present APC membership registration within less than a decade after the original register as an indefensible aberration leading to certain ugly perceptions”, he said.