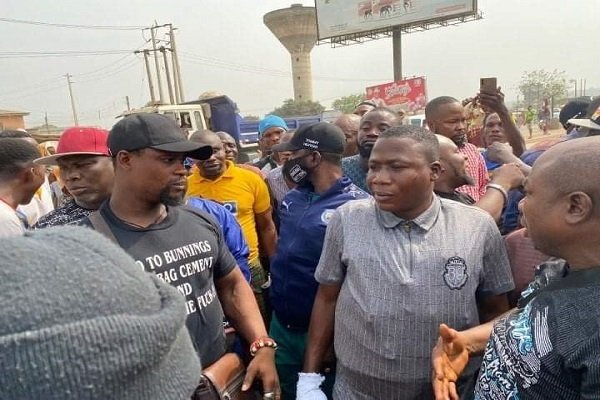 Lawyer: Sunday Igboho’s funding can not be stopped by closing cryptocurrency accounts

Tommy Ojoge-Daniel, a legal practitioner has stated that the recent warning issued by the Central Bank of Nigeria to financial institutions and others against doing businesses in crypto and other digital assets, cannot stop the fundraiser set up for Yoruba activist, Sunday Adeyemo (Igboho).

This was disclosed by the legal practitioner in an interview with the PUNCH on Friday shortly after the CBN issued its directive.

Recall that supporters of Igboho had set up a Gofundme page for the purpose of raising £100,000 (N51.8 million) for him to buy buses.

The fundraiser, which was initiated by Maureen Badejo, a blogger and activist based in the United Kingdom, had garnered £26, 452 (N13.8 million) as of the time of filing this report.

Crypto currency was one of the major ways through which funds sourced through crowd funding are accessed.

This was disclosed by the apex bank in a letter forwarded to all DMBs, OFIs and NBFIs. The regulator noted that “breaches of this directive will attract severe regulatory sanctions.”

The circular signed by Director of Banking Supervision, Bello Hassan stated:” The CBN circular of January 12, 2017 refFPRIDIRGENT R/06/010 which DMBs, NBFIs and OFIs and members of the public on the risks associated with transactions in crypto currency refers.