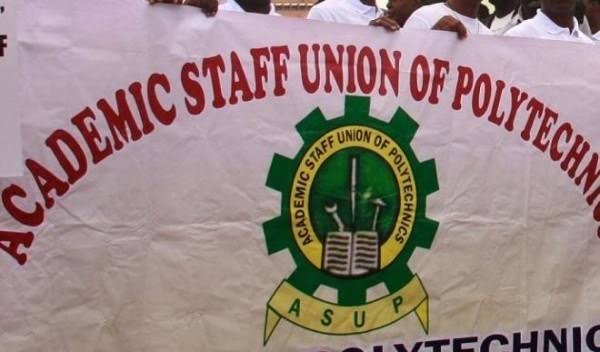 The Academic Staff Union of Polytechnics (ASUP) has threatened to withdraw their services after 21 days if the Federal Government fails to address some issues bedeviling the polytechnic education system in Nigeria.

ASUP issued the ultimatum during its National Executive Council meeting at the Federal Polytechnic, Oko, Anambra on Thursday.

The resolution was entitled “Renewed Threats to the Survival of Polytechnic Education in Nigeria: The Position of the Academic Staff Union of Polytechnics”.

The National President of the union, Mr Usmam Dutse, said the polytechnic system, which had the mandate to provide training and research services for the nation’s ailing economy should not be allowed to die.

Dutse said some of their grouse included attempts to forcefully entitle ASUP members into the Integrated Personnel Payroll System, non-implementation of the Federal Polytechnic Act 2019 amendment and confined victimisation of union officers.

The national president told the News Agency of Nigeria (NAN) that 49 chapters of the union attended the NEC meeting out of the 52 chapters in the country.

He said others were ASUP/FGN 2010 agreement, renewed efforts at objectionable insertions in the review process of the scheme of services for polytechnics and violations in the implementation of the 2017 MoU signed with the government.

“Our union has reviewed the above situation as well as the refusal of government to respond to several correspondences on the issues captured above, we resolve to rise up to the occasion once again in defensc of the sector.

“The unions NEC is hereby issuing a 21-day ultimatum to the government to address the issues listed satisfactorily or risk the indefinite withdrawal of services by our members nationwide.

“As a follow up to this, all organs and chapters of our union are to begin mobilisation for engagement as we pursue this onerous task of rescuing the sector from imminent collapse,” he said.

Lady jailed after killing her fiance over engagement ring

VIDEO: Benue University Student slaps man who proposed to her in lecture hall

EXCLUSIVE: Ede Poly shut down after ASUP vs SU Crisis