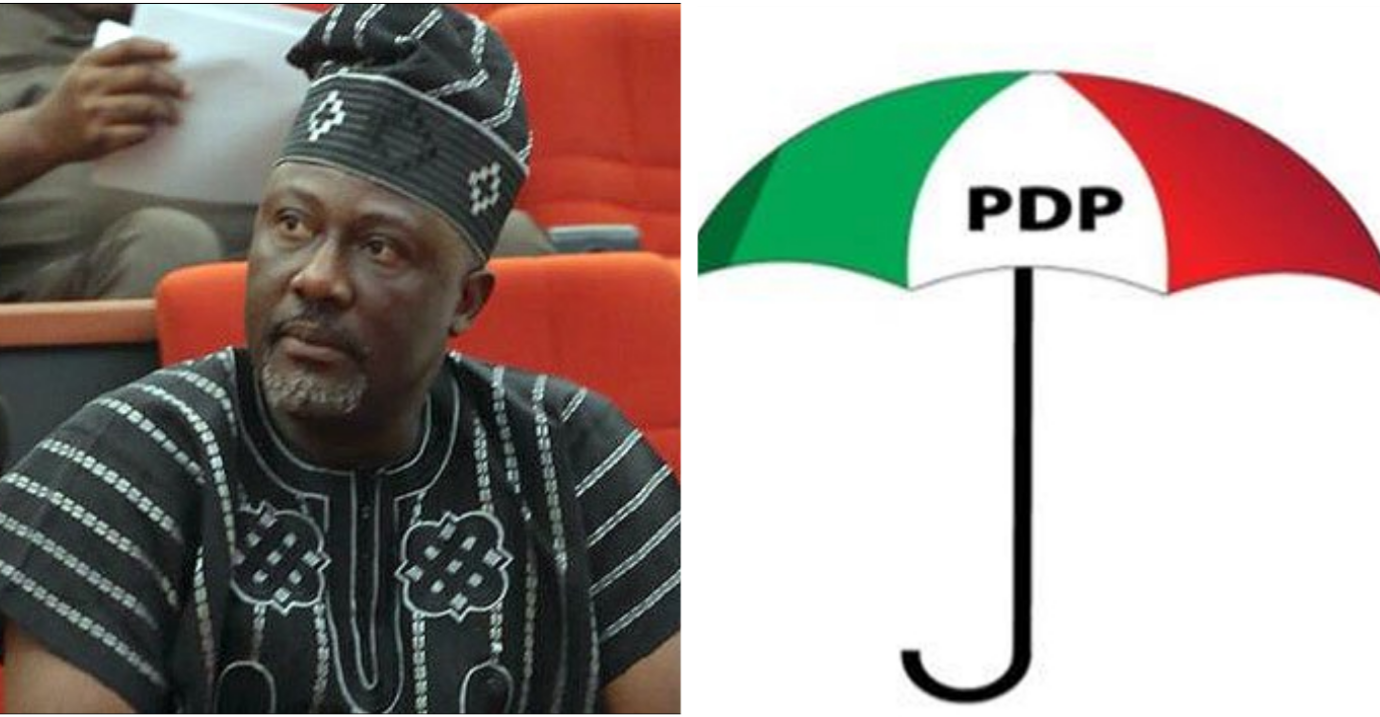 49 days after filing application to appeal the verdict of the tribunal that nullified his election as the Senator representing Kogi West Senatorial District in the Senate, Senator Dino Melaye lost the appeal and fresh election ordered.

This was revealed on Friday in a tweet on his official Twitter account where he disclosed that “I just lost my election at the Appeal Court and Fresh election ordered”.

WITHIN NIGERIA had earlier reported that “an election petition tribunal sitting in Lokoja, Kogi State, has nullified the election of Dino Melaye, senator representing Kogi West on Friday, August 23. The tribunal ordered a fresh election to be conducted in the senatorial district.

Mr Melaye’s closest rival, Smart Adeyemi of the APC, had challenged his victory at the tribunal.

Mr Melaye was first elected to the House of Representatives in 2007 to represent Kabba/Ijumu federal constituency. He served two terms and later won election as a senator in 2015. He was declared winner of the February 2019 to serve another term in the Senate.

Melaye, a candidate of the opposition People’s Democratic Party (PDP) was declared the winner of the February election by the Independent National Electoral Commission (INEC).

His victory was challenged in court by Smart Adeyemi, the candidate of the All Progressives Congress (APC).

Adeyemi challenged Melaye’s victory on three grounds of irregularities, over voting and non-compliance with the electoral acts.
The three-man panel led by Justice A. O. Chijioke in a unanimous judgment accepted Adeyemi’s appeal and ordered reelection.

Despite the court ruling, Melaye said, “In all things, I give God the Praise.”

He continued that “He who started a good thing will definitely complete it.”

Melaye expressed hope in winning the reelection ordered by the court and asked his supporters to be law-abiding, noting that he and his supporters will “always overcome”.