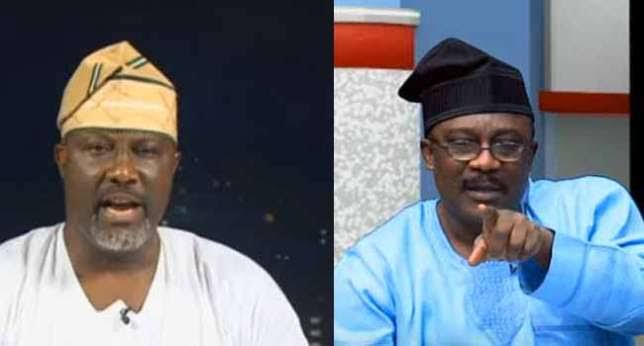 I Will Beat Melaye ‘Arms Down’ In Fresh Election – Sen Adeyemi

Candidate of the All Progressives Congress (APC) in the Kogi West Senatorial District election, Smart Adeyemi, says he will beat Senator Dino Melaye arms down in the fresh elections ordered by the Court of Appeal in a ruling on Friday.

Smart Adeyemi,boasted he will defeat Senator Dino Melaye of the Peoples Democratic Party, in the fresh election.

Senator Melaye lost his appeal on the grounds that his application challenging the judgment of the Tribunal, could not prove the allegations that he was not given a fair hearing.

Adeyemi in a short message, alleged that Melaye had never won any election, owing to manipulations.

“Dino has never won any election, it’s all manipulations. But the judiciary has further reinstated our hope and that it’s the last hope of the masses

“There’s no basis for comparison between me and Dino, if INEC conducts election again, I will beat him arms down,” he said.

Meanwhile, Senator Melaye, had in reaction to the judgment, which sacked him as the lawmaker representing Kogi West senatorial district, said, “Court judgment is human judgment, I believe in the divine I mean God’s judgment.”

Victoria Kimani Picks Side In Vector and MI’s Beef, Says May The Rat RIP

Melaye’s cars were his only ‘achievement’ as senator – Smart…