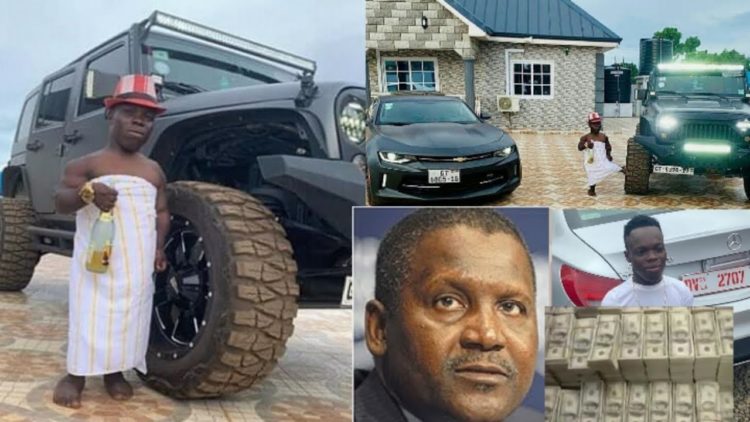 PHOTOS: All you need to know about popular Ghanaian Dwarf, Shatta Bandle – Early life, love, net worth and more

There are no doubts that Shatta Bandle, an extremely or unusually small individual is one of the leading and latest social media sensation and his sudden rise to fame has left many in surprises.

Apart from his unusual look that alters this insatiable appetite to know more about him but his recent claims (visibly show of pride and class) by publicly declaring that he is richer than African richest man, Aliko Dangote and American billionaire, Bill gate have aroused the keenness in people to know more about this mysterious miniature being who suddenly rose to fame. 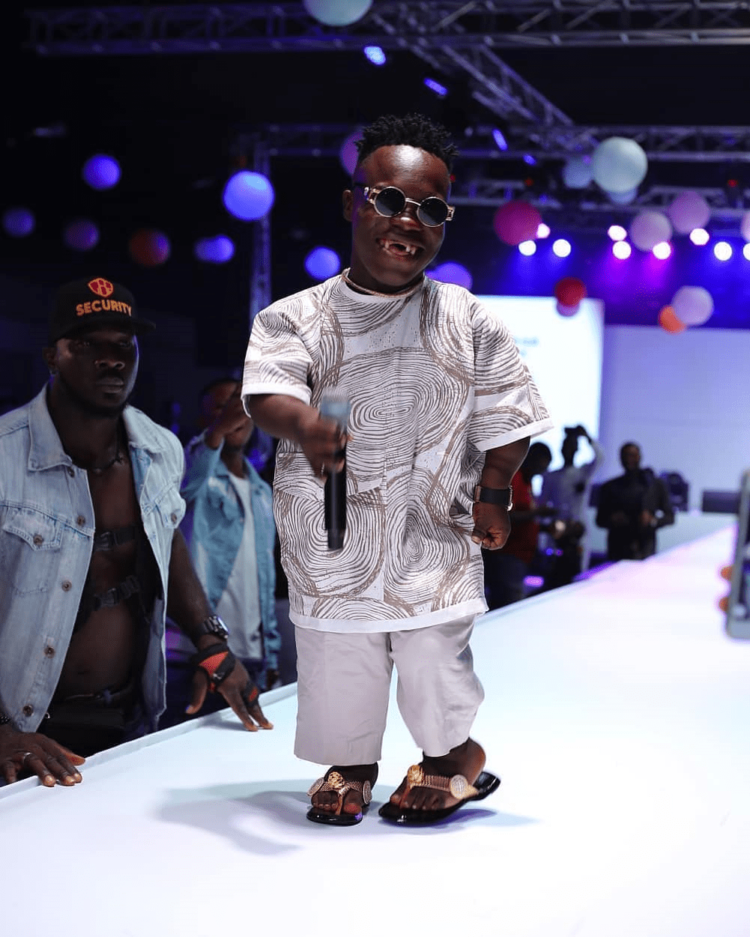 Shatta Bandle; his real name is Idris Firdaus. He is a Ghanaian and a Northerner from a small village called Karaga. According to him, he got the name Bandle; coined out of the bundles of money he’s seen lavishing around. Aside from his popular nickname being referred to as Shatta Bandle, he’s as well known as the ‘young, young rich nigga‘.

As mysterious as Shatta Bandle is, many things have been revealed about him but his real age remains a secret. A look at Shatta Bandle who is extremely small but it is very obvious that he is an adult who has probably spent the 20s but he has continously dogged any question thrown at him to reveal his real age and made jokes about it. 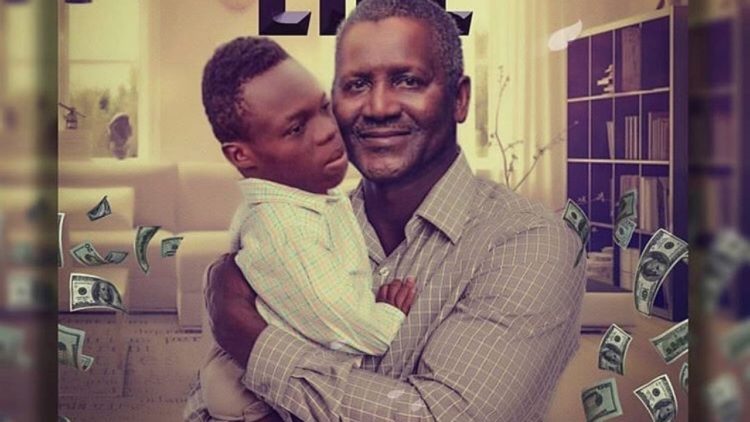 Idris Fridaus widely known as Shatta Bandle has no records in the academic world and has no intention to ever step in the classroom to learn. His belief that education does not define fame or bestow on a life the kind of luxury he’s currently enjoying; he has held his belief very dear to his heart.

Shatta Bandle speaks his mother’s tongue, Hausa language very well but he is not fluent in English.

Dada Joe Remix is a millionaire who is into real estate development. He is the man allegedly behind the riches Shatta Bandle keeps flaunting everywhere.

The gold chains, the cars, the money, the mansions and all the flashy things Bandle flashes are his — meaning the oil and gas business Shatta Bandle brags to own may be for him or Shatta Bandle is doing the normal ‘talk, talk’.

And if you’ve ever sighted the net worth of Shatta Bandle anywhere, check your sources because Google doesn’t even know Bandle yet. His net worth is not known, but just a week ago, he bragged that he’s worth over $ 70 million.

Many have wondered if any woman would fall in love with such miniature personality but such thought should be thrown into the bin when there are elements of lust: fame, money and material wealth.

Shatta Bandle was seen with one fair lady at the early stages of his fame, the lady’s identity was never revealed until she got out of sight!

Lately, Shatta Bandle has been gushing over two ‘posh’ Ghanaian ladies; Moesha Boduong and Hajia4real. He has in the past been spotted with the latter but it’s obviously for fun as those two hot girls have their minds and hearts pinned elsewhere long ago.

Shatta Bandle has continually released different shades of videos to brag about his wealth and how he spends his money; in the beginning, he was a nuisance but lately taken as a comedian for many people.

Many days ago, Shatta Bandle was featured by Rudeboy of former P-square fame in a video for his song, Audio Money which garnered a million viewers in a day.

Many have attributed the success of the video to Shatta Bandle’s involvement since it’s his first major deal after he rose to fame.