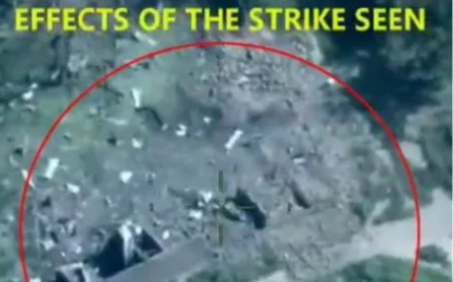 Air Task Force (ATF) of the operation ‘Lafiya Dole’ have killed some Boko Haram terrorists in a bombardment of their meeting venue on Friday, October 18.

WITHIN NIGERIA learnt that the attacked bombardment was in Ngoske at the fringes of the Sambisa Forest in Borno State.

According to reports, the Nigerian Air Force (NAF) disclosed that the attack was executed after successive days of Intelligence, Surveillance and Reconnaissance (ISR) missions.

In a statement signed and released by the Director of Public Relations and Information, Nigerian Air Force; Air Commodore Ibikunle Daramola to this effect noted: “Intelligence derived from the ISR missions led to the designation of two buildings within Ngoske that served as assembly areas for the terrorists from where they launch attacks against troops positions and innocent civilians.

NAF said the ISR was aimed at identifying locations housing the Boko Haram leadership as well as their positions.