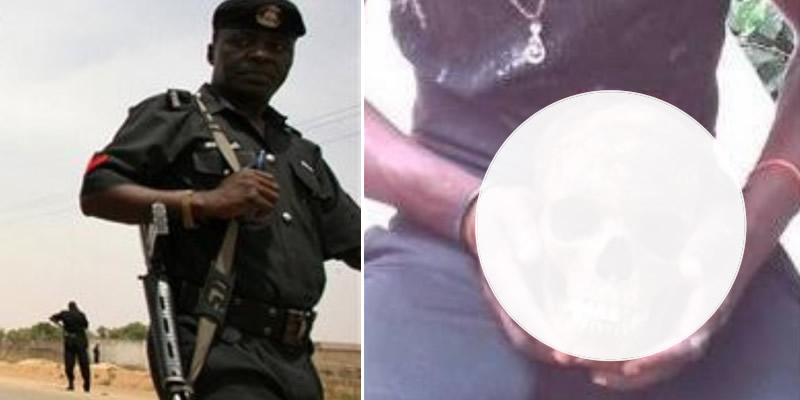 A Senior Magistrates’ Court in Ilorin, Kwara State, on Monday, ordered that three men, charged with being in possession of a human skull, be remanded in a correctional centre.

The police charged the defendants with two counts of criminal conspiracy and possession of human skull.

Bello adjourned the case until Nov. 20, for further mention.

The prosecutor, Insp. Folorunsho Zacheous, told the court that the case was transferred from Nigeria Police, Operation Harmony, Ilorin to the Criminal Investigation and Intelligence Department on Oct. 18.

Zacheous said that a patrol team attached to the Operation Harmony, led by Sgt. Ogbeide Frank, on the Ajase-Ipo, Omu Aran road, intercepted a commercial vehicle heading to Ilorin.

He said that during a random check of the vehicle, Moses was found to be in possession of a suspected dried human skull, NAN reports.

The prosecutor said that investigation conducted led to the arrest of Wabbari and Allah.

Zacheous said that the first defendant later confessed that Wabbari gave him the human skull to sell for N1 million, and they were heading to where they will get a buyer.