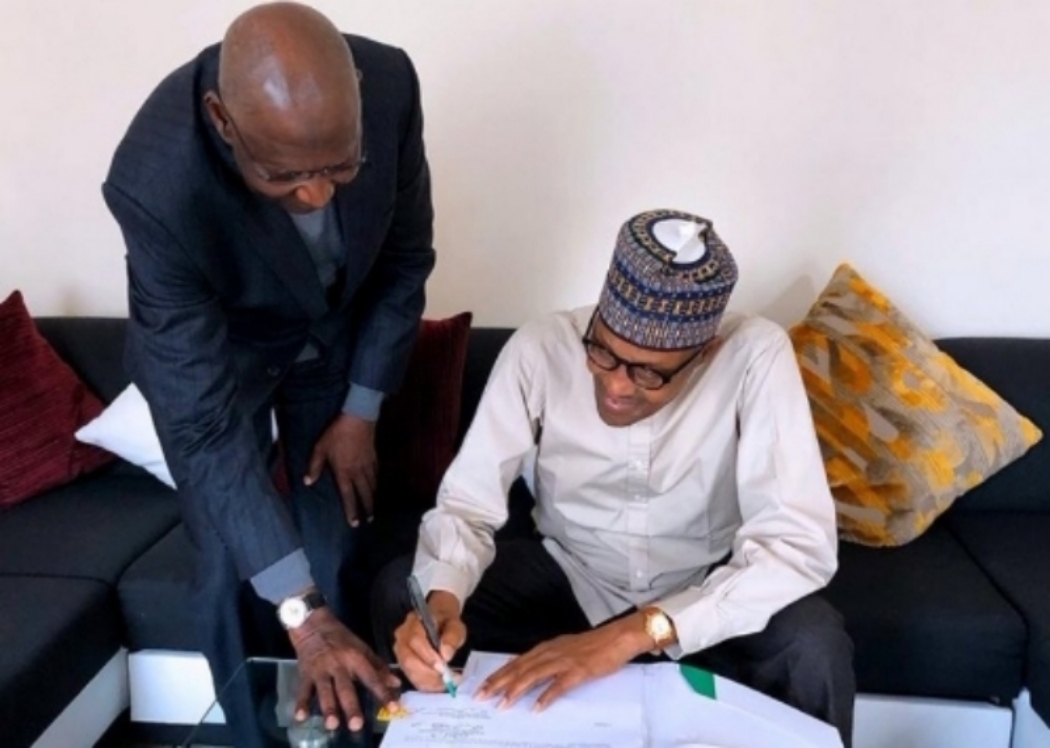 PHOTO: Nigerians slam Abba Kyari for flying to London for President Buhari to sign a bill

According to their various reactions on Twitter, many users feel sad that why the waste of resources when the President is only two weeks away while others feel it is a complete disregard for the vide President, Yemi Osinbajo.

See all the social media reactions below…..

Abba Kyari flew to London to give @MBuhari a piece of paper to sign.

I thought there is a VP?

The manner Abba Kyari flew to London to present a bill to President Buhari for signing shows some sort of desperation.

Why the haste in signing of the bill when the President will only be away for 2 weeks?

What is the content of the amended portion of the bill?

Nigerians can talk shaaaa 😂😂😂😂
Now it’s Abba kyari that is your problem. Sowore is still in chains and you can only talk.
What a shame! I need to be out of this space ASAP

The President is in London on a private visit, he didn't transfer power to his deputy. Abba Kyari travels all the way to London at Nigeria's expense just to give a piece of paper to the President to sign! Does that mean every memo will have to be taken to London…

Why on earth would overzealous (oversabi) Malam Abba Kyari board an aircraft (highly likely with tax payers money) to London for the President (who is on a private leave) to sign a bill into law while fully knowing that the VP is around. Total disregard and disrespect to the VP.

There has been no oil billionaire since President Buhari became minister of petroleum as revealed by the former and pioneer chairman of the Economic and Financial Crimes Commission (EFCC), Nuhu Ribadu.

This revelation was made by Nuhu Ribadu, the pioneer chairman during his presentation on anti-corruption and good governance at a two-day retreat for commissioner-designates, special assistants, and permanent secretaries in Gombe state on Monday November 4.

Man, 60 who defiled 9-year-old girl has been arrested in Anambra