Controversial US-based Nigerian Singer, Speed Darlington took to Twitter to announce his plans to sell the iPhone 11 gifted to him by rapper Zlatan Ibile.

According to him  ever since Zlatan gifted him the phone, he has refused to speak with him. He said the rapper disregarded him and was not even replying his WhatsApp messages.

After he made the post, rapper Zlatan replied swiftly pleading with him  not to sell the iPhone, and even offered to send him the $600 which was his asking price for the phone. 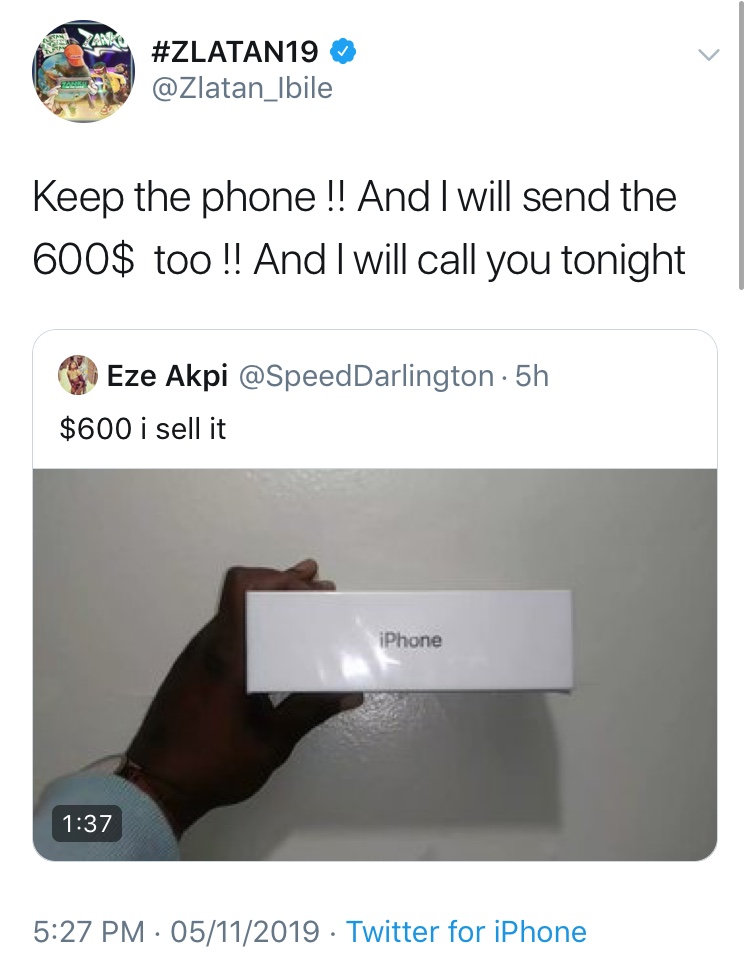