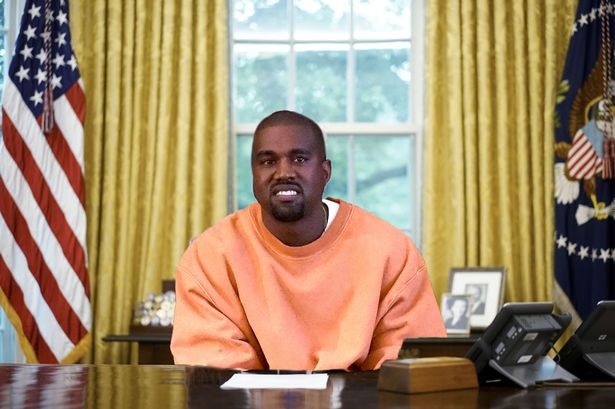 Kanye West Set To Run For Presidency In 2024

American rapper, Kanye West has declared his intention  to run for the office of the president of United States of America in 2024.

The renown rapper,42, who is also a businessman and family man with four children and wife, Kim Kardashian West, said he believes African American voters are treated just as a “demographic”, comparing it to his own experiences in fashion.

“I have seen the boardroom and back. And it’s completely the concept of a demographic.”

West also declared his intention to  change his name before he runs for office.

“When people say it’s crass to call yourself a billionaire, I say I might legally change my name to Christian Genius Billionaire Kanye West for a year until y’all understand exactly what it is. It will be on the license plate.”

On the encouragement from his family, West acknowledged the role his family has played so far in his pursuit.

He said, “I think if my family wasn’t so … if they didn’t work so hard and they weren’t so omnipresent, maybe I would just rest on my laurels of just being the greatest artist of human existence, and that would just be enough. But that’s shown that that is not enough.

There Is No Such Thing As The Holy Bible – Daddy Freeze, says it was complied by ‘unholy’ people

‘I Beat the Devil’ – Kanye West Opens Up About Overcoming Struggle…

Speed Darlington wishes death upon Tunde Ednut and his family, threatens him with…