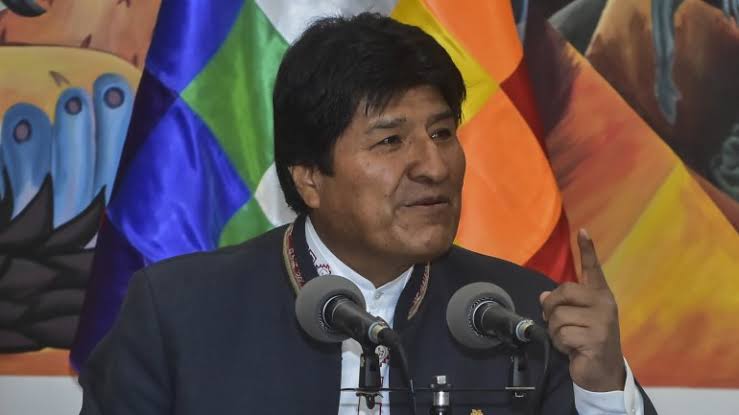 The head of the army had called on him to go after protests over his election win.

Auditors found irregularities with the poll but Mr Morales said he had been the victim of a coup.

He said he was leaving to help protect families of political allies, after their homes were burned down.

In a televised address, Mr Morales urged protesters to “stop attacking the brothers and sisters, stop burning and attacking”.

The resignation plunged the country into further chaos amidst search for a successor.

The country has been deemed effectively without a government since Mr Morales stepped down on Sunday night.

On Sunday night, morales tweeted that he was being sought for “illegal” arrest by the police, saying that he had been compelled to flee office in the manner of a coup d’etat.

He also said his home was “assaulted” by violent groups, and a video that showed people inspecting what was said to be Mr Morales’ raided residence surfaced on social media overnight.

Local media reported that Mr Morales’ resignation letter would be read at the country’s parliament in the capital La Paz on Monday.

Already, thousands have taken to the streets, looting and causing damages to properties. Mr Morales’ potential successors have all resigned their positions.

Jeanine Añez of the opposition Democrat Union said she would take power in interim capacity to be able to control the situation, although it was unclear whether she would be able to do this since Mr Morales’ Movement for Socialism controls both houses of parliament.