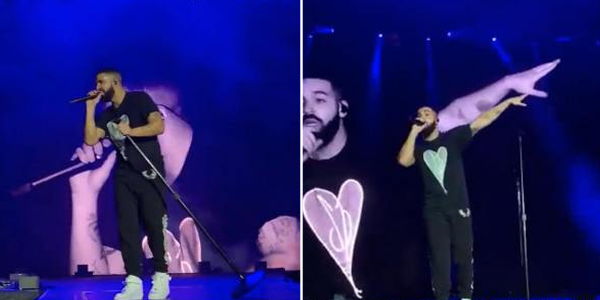 Drake suffered an embarrassing moment on stage at Tyler, the Creator’s annual Camp Flog Gnaw festival which took place at the Dodger Stadium in Los Angeles on Saturday night (Nov.9th, 2019).

The Canadian rapper made a surprise appearance on stage, but fans who were reportedly expecting to see Frank Ocean made their feelings clear they didn’t want Drake on stage.

In the middle of his song “Wu-Tang Forever,” the 33-year-old tried to calm the bitter crowd. “Make some noise for yourself tonight,” Drake said. “I’m here for you tonight. If you want to keep going, I will keep going. What’s up?”

The bitter crowd who clearly didn’t want him to keep going began to loudly boo him. “If you want to keep going,” he said again, “I will keep going tonight.”

As the scream of “no” got louder, Drake said: “It’s been love,” he said as he left the stage, ending his performance 20 minutes early. “I love ya’ll. I go by the name of Drake. Thank you for having me.”