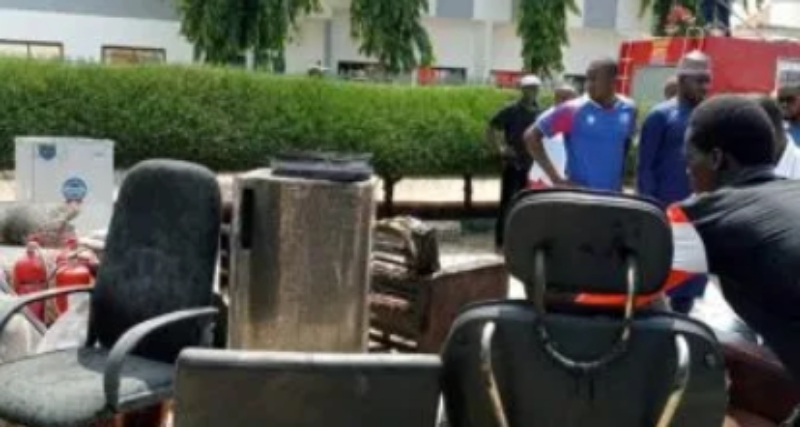 Tragedy struck in Niger State Government as fire razed the office of the Permanent Secretary as a result of electrical fault.

WITHIN NIGERIA learnt that the fire outbreak started at 12:30pm when the affected office was under renovation and it took more than 15 minutes before the situation could be put under control by men from the State Fire Service.

Workers inside the government house were seen running helter-skelter before fire workers from the state fire service arrived with three fire fighting trucks.

It was gathered that office equipment, valuables, and sensitive documents were destroyed in the fire incident.

Malam Salihu Bello, the Deputy Controller in the Niger State Fire Service, who spoke to newsmen at the scene of the fire, said that the quick intervention of the firefighters helped in reducing the damages.