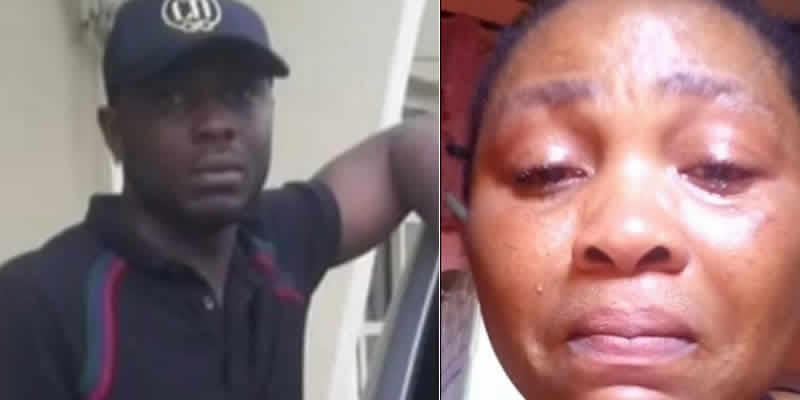 Days after the alleged killing of a young man by a yet-to-be identified official of National Drug Law Enforcement Agency (NDLEA), a video of a woman profusely weeping for justice as she narrates the sad incident has surfaced online.

She disclosed that the sad and horrific incident occurred at the Mall City Bus Stop in Lagos.

The woman in her thirties who could not control her tears as captured in the video is seen lamenting the unjust killing of her brother by a yet-to-be identified officer of the NDLEA.

According to the video, she disclosed that her brother was not in possession of drugs, guns or exhibits yet he was shot at his testicles which eventually led to his painful death.

“They killed my brother. They shot an innocent boy because they have guns, power and thought they will go scotfree but the spirit of the boy will torment them and their families will die a painful death, she angrily said.

The woman who was cursing people responsible for her brother’s death and crying simultaneously revealed that the deceased is a son of a widow and explained how the mother has been responsible for his upkeep after the demise of his father in 2003.

“They killed a widow’s son. They are hiding the killer and the Lagos state Governor is doing nothing about the unjust killing. I am crying for justice. The killers will rot and die a miserable death, a rather sad elder sister of the deceased said.

Dwayne ‘The Rock’ Johnson Is Alive NOT Dead