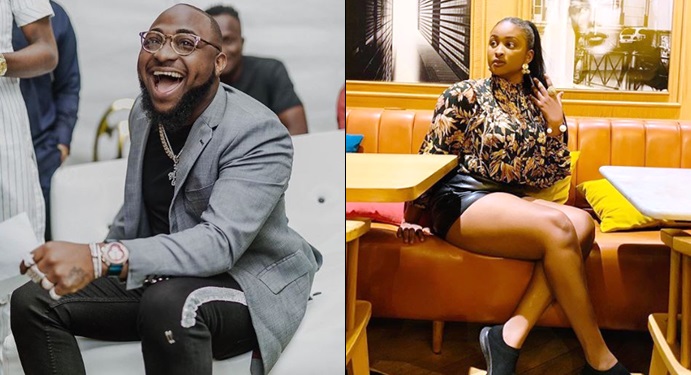 It looks like Nigerian comedian and actress Etinosa got starstruck around  Davido, as she was spotted in a video begging for a photograph with him.

She was nabbed trying to get herself photos with Davido and his team in a video which showed her pleading for a picture with Davido.

Recall that months ago, Etinosa, stripped herself during a live video with Mc Galaxy for N50k,. After the live video went viral, Nigerians trolled her for being a disgrace to women, to celebrities and to the society in general. They also slammed her for sharing photos of her bare bum on Instagram.