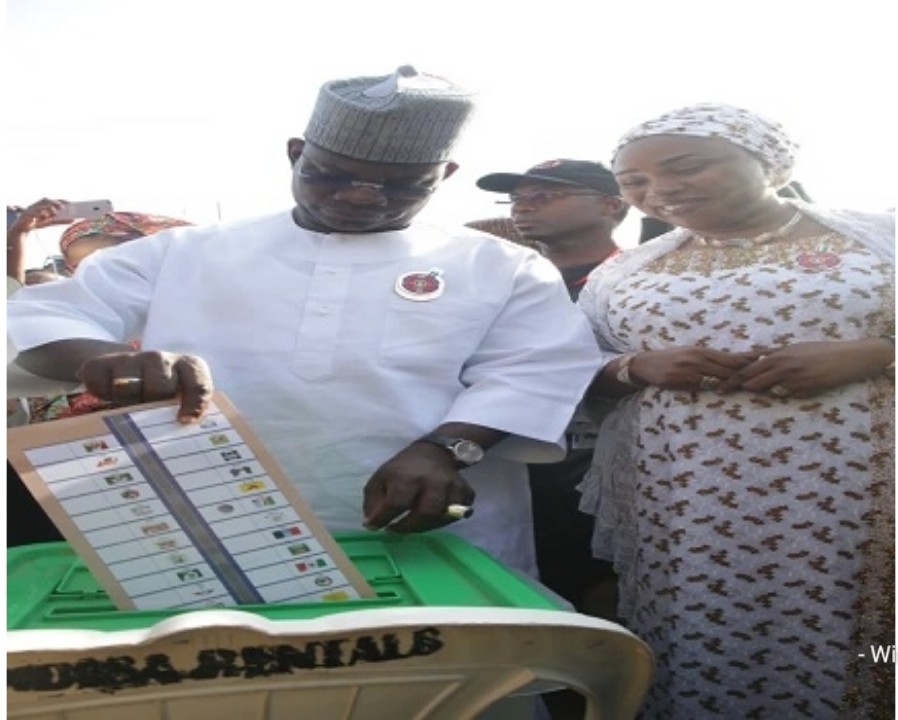 Kogi State governor Alhaji Yahaya Bello on Saturday cast his vote alongside his wife Hajia Amina Bello at Agasa ward 1 at about 8.45 am.

The Governor who arrived the polling unite around 8.30 am was received by the INEC officials as he and his wife were accredited before they finally cast their votes

He stressed that unlike during the presidential election when the card reader failed in his polling unit.

He said the All Progressive Congress (APC) will definitely win the Saturday Governorship election and the Kogi west senatorial election.