TeeBillz reveals he is still married to Tiwa Savage

Teebillz has said she is still married to Nigerian singer, Tiwa Savage, in his response to a fan who called his attention to the viral video of Wizkid Tiwa Savage that was captured in Dubai.

Teebillz and Tiwa have kept there marital status as a secret and they usually avoid each other since their marital problem in 2015.

Teebillz, who was Tiwa Savage’s former manager but now manages BBNaija star, Tacha, revealed on insta that she is still married to Tiwa.

He made the revelations in a response he gave to one of his fans that called his attention to a viral video where Wizkid was seen touching Tiwa bumbum while they both performed on stage.

The instagram user, identifies with @nosatopnotch called on Teebillz to view the video and see how Wizkid molested his baby mama. Teebillz responded to the comment saying;

wife is different from babymama if you have brain See the conversation below; 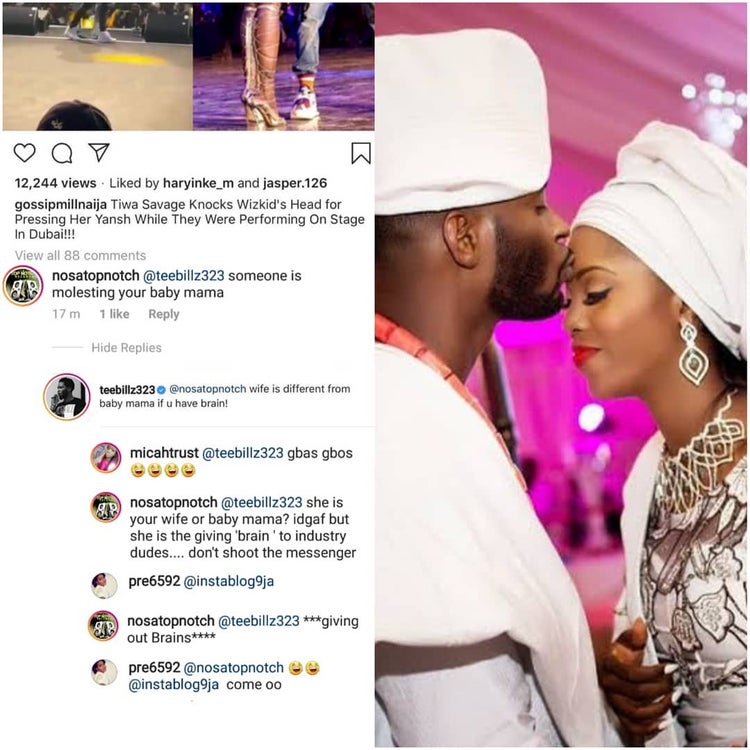