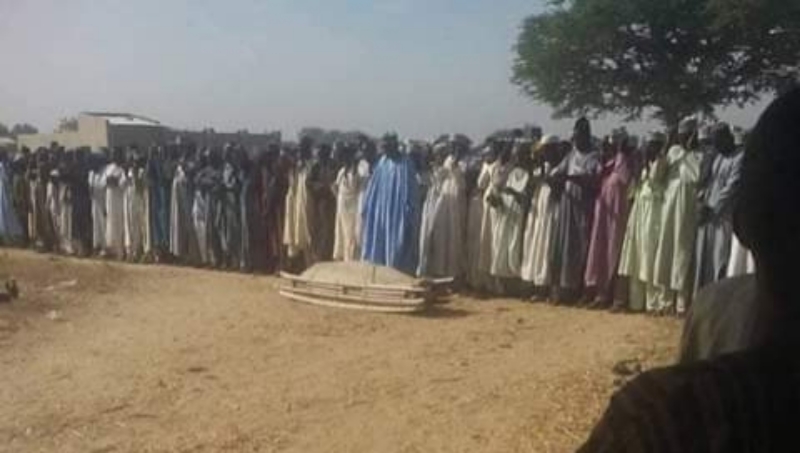 Hours after the abduction of Sa’adu Dan Bagola, the businessman has been killed by gunmen suspected to be kidnappers at Kaita town, Katsina state.

WITHIN NIGERIA learnt that gunmen stormed the residence of the businessman with shootings at about 1:42am which eventually led to a gun duel with policemen for almost 2 hours.

The businessman was forcefully taken away by the kidnappers but they were chased by the Police. According to reports, the businessman was shot in the back and died instantly as he made attempt to escape while the gunmen were driving along Bakiyawa village.

The Police Public Relations Officer in the state, SP Gambo Isah confirmed the incident, death of the businessman and some police officers.

“On 17/11/2019 at about 03:10hrs, bandits in their numbers, armed with AK47 rifles, shooting sporadically, attacked the residence of one Alhaji Sa’adu Dan Bagalo, m, aged 50yrs of Kofar Kudu, Kaita LGA of Katsina state and abducted him.

Police patrol team attached to Kaita Division responded to the scene and gave the hoodlums a hot chase into the bush. As the chase got closer and the hoodlums could no longer sustain the tempo, they killed the victim and one Bawale Inusa, m, aged 58yrs of the same address escaped through the bush path.”

SP Isah confirmed that one police officer and two others sustained various degrees of injuries during the encounter.

“Detectives led by DC CID, KTS, are combing the scene and surrounding bushes with a view to unravelling the full identity of the perpetrators and investigation is ongoing,” he added.

The victim has since been buried according to islamic rites.

Homosexuality is not a disease – actress, Ashionye Raccah, says