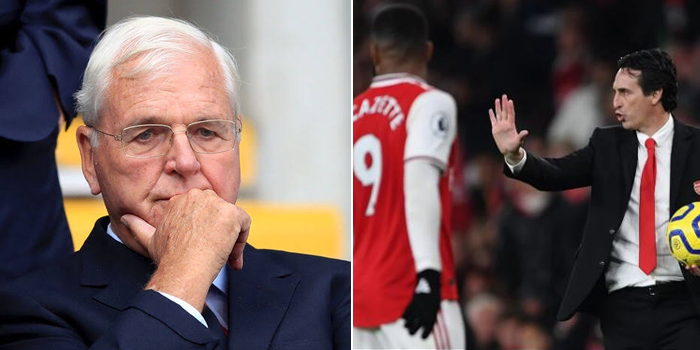 Arsenal chairman, Sir Chips Keswick, is considering stepping down at the club, after Saturday’s 2-2 draw with Southampton.

The result left more angry questions at the door of the Gunners’ boardroom after home fans chanted, “we want Emery out” and booed at the final whistle.

According to The Athletic, Keswick has been left so upset by the constant blame aimed at the board, he “felt compelled to consider handing in his resignation as chairman of the club.”

Keswick became the club’s chairman in 2013, after he took over from Peter Hill-Wood.