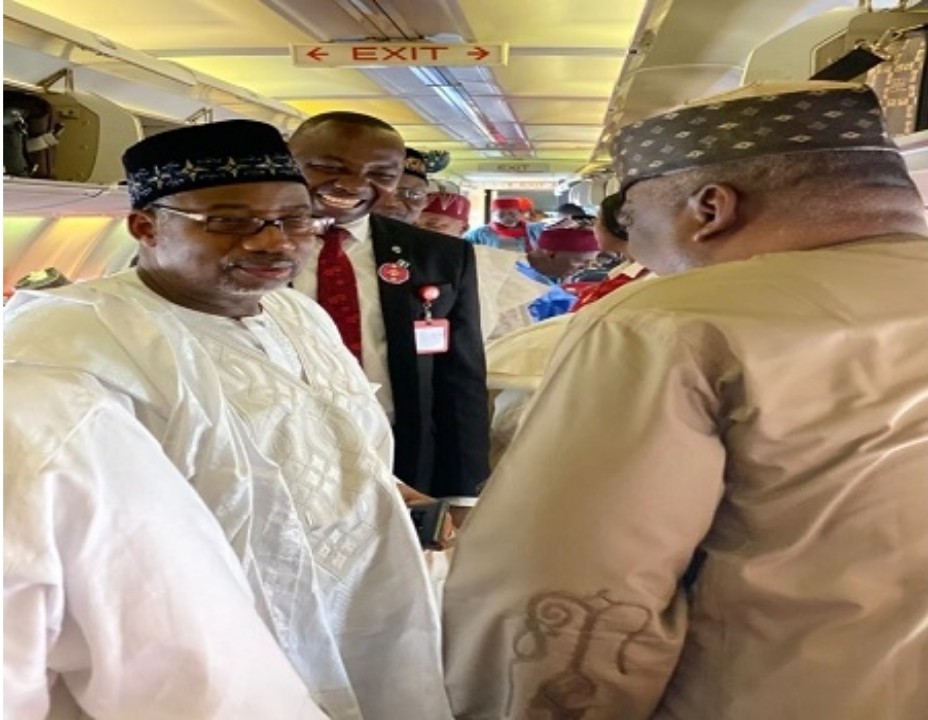 Bauchi State Governor, Sen Bala Abdulkadir Mohammed has flagged off the commencement of a daily commercial flight by Max Air Transport Company from Bauchi to Abuja and Abuja – Bauchi expressing confidence that the development will bring to an end, the aviation transportation problem in the state.

The Governor while flagging off the flight on Monday said that with the development, Bauchi state will witness an unprecedented boost in commerce and tourism sectors especially with the discovery of Oil in Alkaleri local government area of the state.

According to him, the daily flights will also contribute immensely to the economic development of the state as Yankari Games Reserve will accordingly play host to many Nationals and International visitors.

The Governor further said that his administration has come up with the arrangement to assist people of the state who will now have their daily flights to improve their commercial activities.

Bala Mohammed who appealed to the management of the Max Air to provide efficient services to the state pledged the government’s commitment to the agreement.

Also speaking, the Speaker of the State House of Assembly, Abubakar Y Sulaiman described the move as a milestone achievement assuring of the Assembly’s support to the initiative.

The Emir of Bauchi, Alhaji Rilwanu Sulaimanu Adamu, represented by Galadiman Bauchi, Ibrahim Sa’idu Jahun applauded the Governor for coming up with the initiative.

In his remarks, The Managing Director of the Company, Dikko Dahiru Mangal pledged to provide qualitative services to the people of the state calling for the cooperation of all.