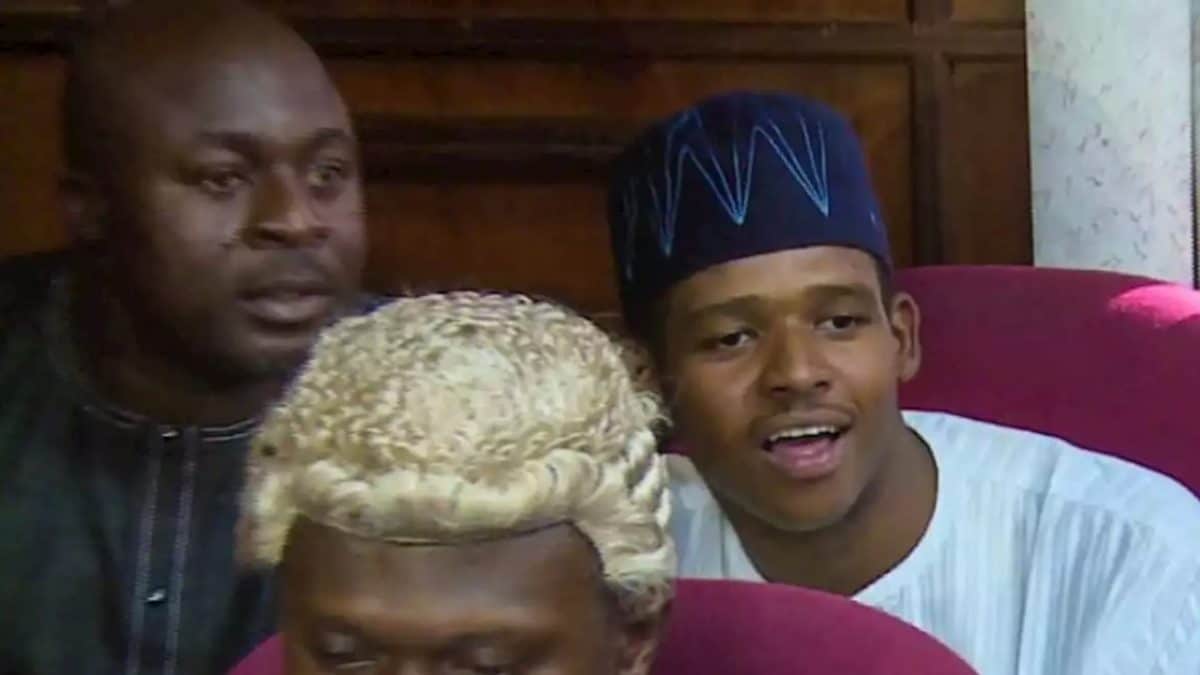 NAN reports that Justice Okon Abang, who gave the ruling, also said the defendant should produce a surety, who must be a member of the House of Representatives in the like sum.

He was arrested alongside his father in September. The father, accused of diverting N100 billion of pension funds.

His son, accused by the anti-graft agency, EFCC, of operating an account he used to divert various sums of money, including N58 million.

The two men were arraigned by the EFCC on October 25 on separate charges. They pleaded not guilty.

Ruling on the bail application by Faisal, the judge also said the surety must be a Nigerian and a member of the House of Representatives without criminal trial before any court.

The judge also held that the surety must be an owner of landed property anywhere within the Federal Capital Territory (FCT).

“The surety shall give an undertaken to attend the trial, and that where the surety fails without cogent reason, the court is at liberty to revoke the bail,” Mr Abang ruled.

The judge further said Mr Faisal shall deposit his American and Nigerian passport and submit to the court his two recent photographs.

He adjourned to November 27 for the continuation of trial.