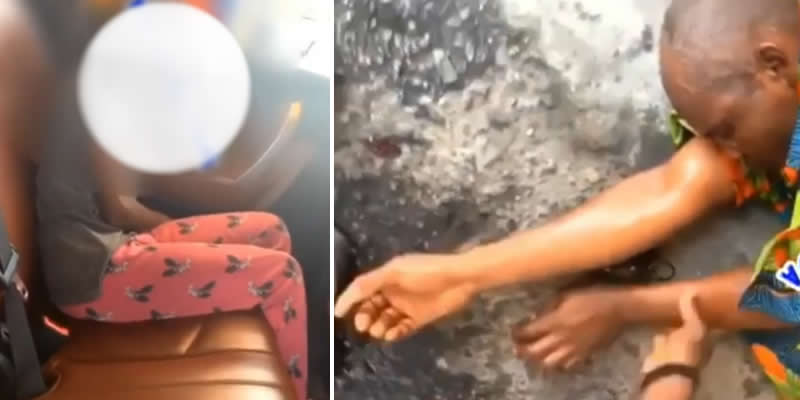 Residents of Lagos community has rescued a little girl from a pedophile who always sexually harass her in the community.

This new video emerged barely 5 hours after the video of a frustrated Nigerian man threatening a Disco female staff that he will rape her as they wrestle electric cables.

The yet-to-be identified man can be seen inside the 2-minute video as these angry residents hit him repeatedly and was eventually dragged out of the car to the ground.

Narrating the incident, the little girl identified as Rachael said that whenever they send her on errands, the man usually tries to insert his finger inside his buttock and also promises to give her money if she does not turn his request.

The girl further added that the yet-to-be identified man always ask her to touch his manhood whenever he crosses her way while answering errands.