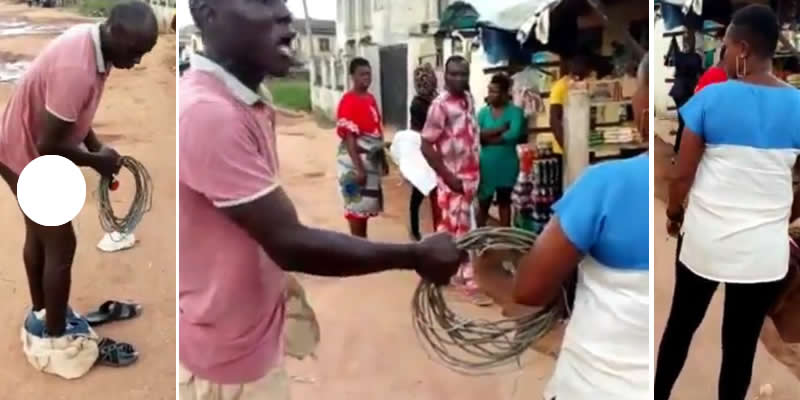 Days after video of BABCOCK students went viral, another video of a frustrated Nigerian man who threatens to rape a female staff of Electricity Distribution Company has surfaced online.

The yet-to-be identified man probably in his forties who was visibly angry can be seen removing his cap as he drags the electric cables with the female staff of the Electricity Distribution Company. 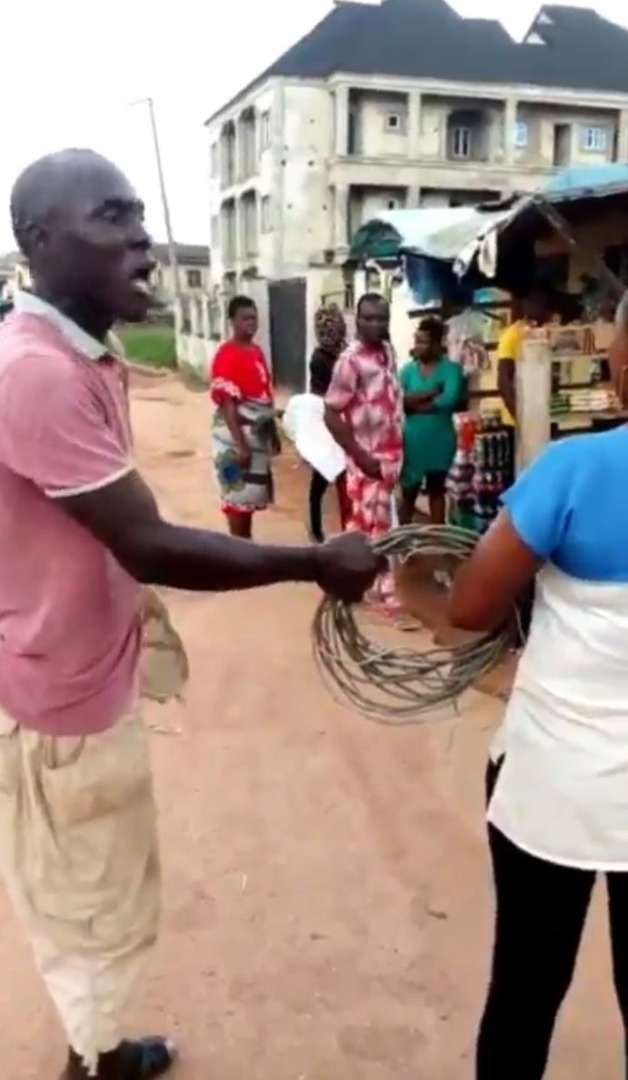 The man who insisted that he is ready to make a case with the Disco staffs over removal of electric wires which has led to the demise of his young boy in the past.

After addressing the Disco staffs who were filming the incident as “nonentities NEPA”, he asked the lady to drop his electric cable. He was ignored by the lady and started removing his trouser and pant saying that he wants to rape the female staff.

Onlookers were shocked as the man removes his trousers and pants, appearing naked but the female staff of Electricity Distribution Company later leaves the cable after he removed his pants. 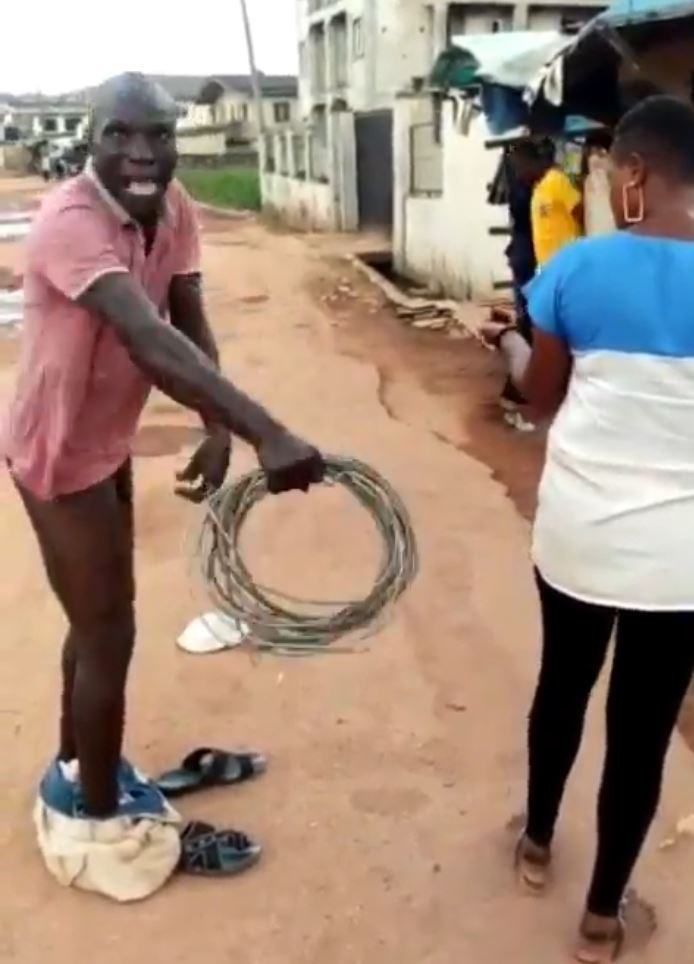 The frustrated man accused the Disco officials of collecting money from people and complained over epileptic power supply.

“You come to my house and take my wires. Have I not paid? Did I disturb you? Aanu is the metre reader of this area. Nobody should pay until NEPA apologises for days without power supply, he said. 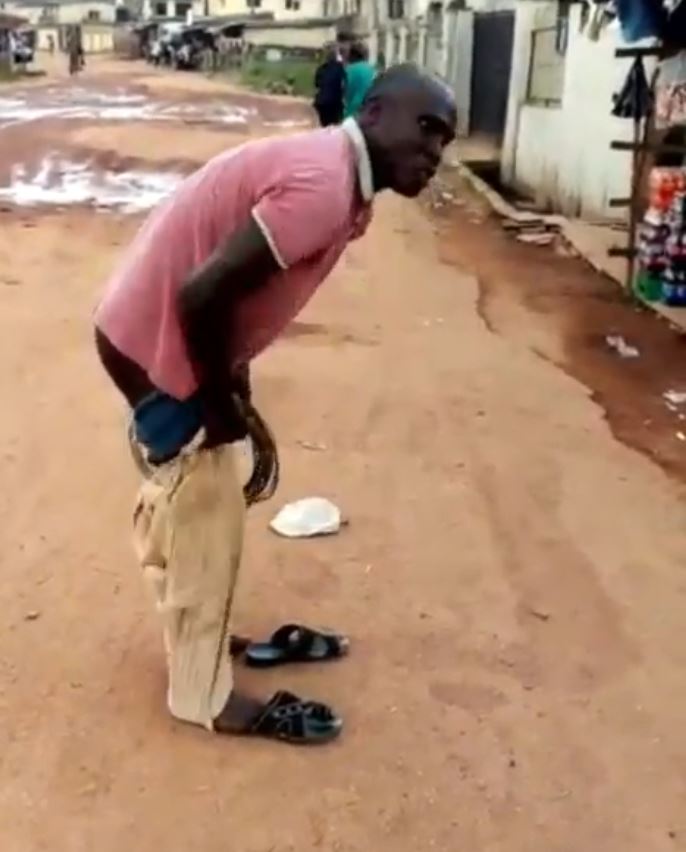 If you want to fix my light, come to my house and fix it properly. Is not that you will fix and my boy will die? Do you know how many boys I have lost on a nonentity issue, a rather unhappy and frustrated man said.

As at the time of filling this report, the time and date of the event is unknown.